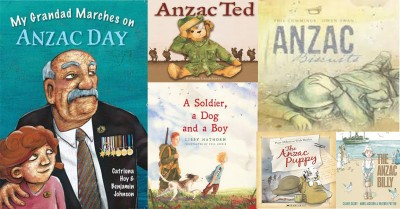 ANZAC Day is commemorated on 25th April. Learning about ANZAC Day helps young children to understand the life and times of Australia and its people. Storybooks about Anzac Day that is specifically aimed at children may make it easier for the child to grasp and understand visually and to start conversations on war.

The following are 8 ANZAC Day stories for children that explain the significance of ANZAC DAY in a simple and understanding way. 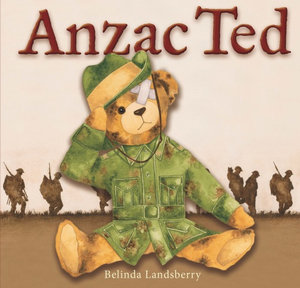 Anzac Ted is Belinda Landsberry's powerful, poignant story of a little boy's teddy bear that was passed down to him from his grandfather. Battered, torn, missing an eye and an ear, he might look scary but he's got a great story to tell. For Anzac Ted went to war, keeping soldiers company and giving them comfort.

To view the story: ANZAC Ted

My Grandad Marches On Anzac Day 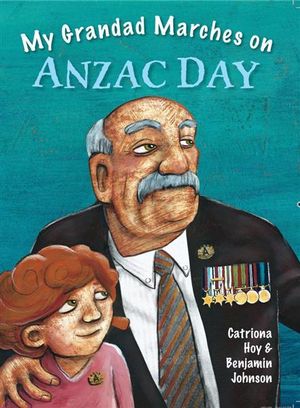 This picture book for the very young is a simple, moving look at Anzac Day through the eyes of a little girl. She goes to the pre-dawn Anzac Day service with her father where they watch the girl s grandfather march in the parade. This beautifully illustrated book explains what happens on Anzac Day and its significance in terms a young child can understand It is an excellent introduction to this highly venerated ceremony and poignantly addresses the sentiments aroused by the memory of those who gave their lives for their country.

To view the story: My Grandad Marches On Anzac Day

A Soldier, a Dog and a Boy 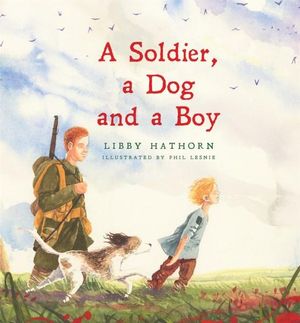 A moving story, told completely in dialogue, about a young Australian soldier in the battle of the Somme. Walking through the fields away from the front, he finds what he thinks is a stray dog, and decides to adopt it as a mascot for his company. Then he meets Jacques, the homeless orphan boy who owns the dog. The soldier realises that Jacques needs the dog more - and perhaps needs his help as well.

To view the story: A Soldier, a Dog and a Boy 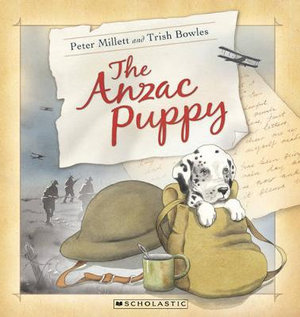 To view the story: The ANZAC Puppy 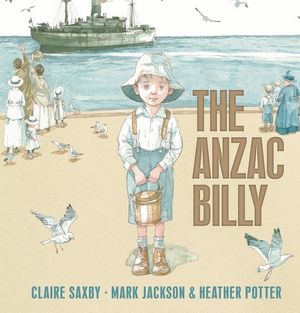 During World War I, Australian and New Zealand soldiers on the front were sent Christmas care packages in a tin billy. The Anzac Billy is the heartwarming story of a little boy packing a billy with all his father’s favourite things – added to by mum and grandma – even though he realises there is no way that the billy can actually go to a particular soldier.

To view the story: The ANZAC Billy 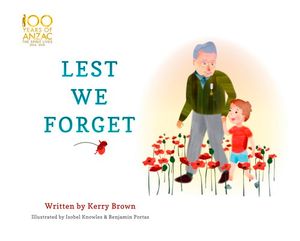 A young boy visits his granddad and thinks about the important days in his life: his first day of school, playing soccer with his team, the day his baby sister was born.

To view the story: Lest We Forget

Simpson and His Donkey 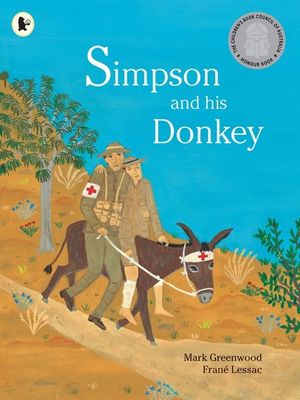 A poignant account of the story of John Kirkpatrick Simpson and how he and his donkey, Duffy, rescued over 300 men during the campaign at Gallipoli. Backed by detailed research, the text includes a brief biography of the man, details of his work at Gallipoli and also the little known story of how, without realising, he rescued his childhood friend from South Shields, Billy Lowes.

To view the story: Simpson and His Donkey 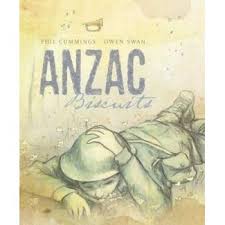 A mother and daughter at home in Australia around the time of World War 1 are baking Anzac biscuits and the mother is explaining their history. This is interspersed with scenes and reports of what it was like to be a young soldier [the child's father] at the battle site.

To view the story: ANZAC Biscuits

Read stories and have a chat afterwards. Ask children what they think it all means and don’t forget to ask if they have any questions. Discussing ANZAC Day with children ensures that stories about Australia’s heroes and history are passed down to younger generations at a time when they are actively interested and engaged.

Created On April 20, 2020 Last modified on Monday, April 20, 2020
Tweet
Published in Teaching Children
More in this category: « Virtual Excursions From Around The World   ||   Letterland Phonics » 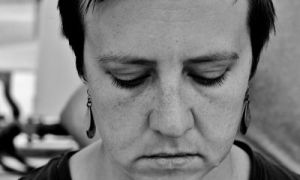 Conflicts are a common part of relationships and can happen within the workplace. Each and... 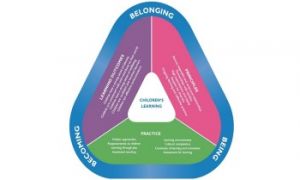 The My Time Our Place Framework provides broad direction for school age care educators in... 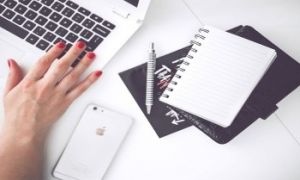 Quality Area 7 has two standards that focus on governance and leadership at the service.