Educators Unpaid For A Year 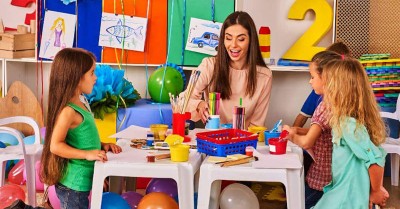 The Fair Work Ombudsman is taking legal action against a Sydney childcare operator that allegedly failed to pay two migrant workers for a year of work.

The two female childcare workers originally from China were paid nothing despite being entitled to a total of $54,752 in wages, public holiday and annual leave entitlements for a year’s work between February 2016 and February 2017.

It is alleged that the workers performed general childcare duties in return for enrolment in a Diploma in Early Childhood Education at a training institute.

However, the Fair Work Ombudsman alleges the work performed went well beyond the work experience hours required under the course and that the workers were lawfully entitled to be paid for the work performed when they were not undertaking a vocational placement.

The Fair Work Ombudsman is also seeking Court Orders for the operator and the company to back-pay the employees in full.

For students doing work placement, it's so important that you understand the hours that you are supposed to do for work placement and if it's anything extra that you get paid for it. For Educators working with students from a different country, they may not understand what is required and most of the time they work when needed without complaints so please don't take advantage and if you feel something isn't right with the number of hours these students are putting in, talk to the Director about it.

More in this category: « Educator Banned From FDC After Husband Hits Child While In Care   ||   Phonics - An Essential Foundation For Early Reading »