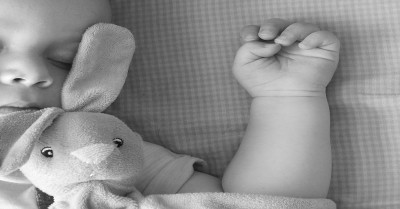 Image by FotoRieth from Pixabay

An FDC Educator, in Banksia Grove Western Australia, has been accused of breaking an 8-month-old baby's arm while in her care on May 15th. Her bid to re-open her FDC service has been refused.

It has been alleged that the Educatorcaused a spiral fracture to the arm of the baby while in her care.

According to the police prosecution’s medical report from the paediatric doctor that treated the baby, the fracture would have been caused by a twisting force to the arm.

The prosecutor said in the doctor’s opinion, a spiral fracture of the arm in someone under one year old was “highly suspicious” and “rarely happens as the result of an accident”.

“Twisting with significant force would be required for this to happen in an eight-month-old – a force more than normal everyday handling,” he said.

However, at the Magistrate’s Court on Thursday morning the Educator's lawyer said they had also commissioned a medical report from a paediatric doctor who said there were “inconsistencies”.

He said the report stated there “must be some bruising on the arm if deliberate force was used to twist" he said and there were no findings of bruising or swelling.

The doctor had also provided a letter that showed two cases where a broken arm could be caused by a baby “rolling over itself”. “This is a circumstantial case where no direct evidence has taken place,” the Educator's lawyer said.

Magistrate Sandra De Maio said having viewed the two medical reports, she believed there was a strong prosecution case, with their report from the doctor who saw and examined the child, as opposed to the defence report from someone who “only had material to view”.

Department of Communities commissioning and sector engagement assistant director-general Brad Jolly confirmed the department and the approved provider had “taken steps to prevent this Educator from operating her family daycare service, pending the outcome of the charges”.

The trial will be continued on November 8th 2019.

Tweet
Published in Childcare News
More in this category: « Bachelor Scholarships For Diploma Qualified Educators   ||   Octo-Prams Used By Educators For Taking Children On Outings and Excursions »