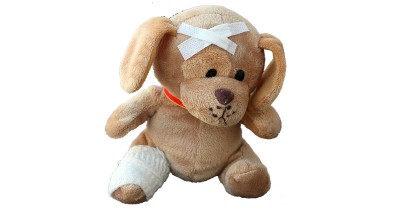 A 10-month-old baby boy named Liam fractured his femur after spending the day at a Central Melbourne daycare centre.

Denise, Liam's mother noticed during pick up that he was continuously crying.  Educators at QV Children's Centre where the boy attended childcare, mentioned to Denise on pick up, that Liam hadn't been himself that day and that he hasn't been moving around very well all day.

That's despite pictures taken at the centre that morning showing Liam sitting up and an educator noted: "Liam was repeatedly crawling a short distance away and returning".

Police as well as Health and Human services were called in to investigate the case but haven't been able to pinpoint how or when baby Liam broke one of the strongest bones in his body, as security cameras were not installed in the service.

The daycare centre denies any wrongdoing and nothing was found during the investigation.

The management company ECMS released the following statement "ECMS holds children's safety and wellbeing to all its work an independent investigation was completed by the police and the Departement of Education and Training. They considered all available evidence in like with their investigations and they will not be taking any further action".

It's so important that Educators that observe a child out of character or not their usual self, to check the child from head to toe to rule out any physical causes.

In the National Regulations, it states that a least one staff member who holds a current first aid qualification should be in attendance at all times and this person should be the one to check a child for any injuries and a record should be kept when completed.

If you find anything out of the ordinary or your instincts tell you that something may be wrong with a child please act on it! Make sure you document what you observe and encourage the parents to pick up their child to get checked by the doctor.

Reference:
Mother Desperate For Answers After Her 10-month-old Son Had His Leg Broken At Daycare, Daily Mail Australia, 24 April 2018

More in this category: « 66% of Children Not Doing Recommended Physical Activity   ||   Family Transition To The Child Care Subsidy For Early Childhood Services »