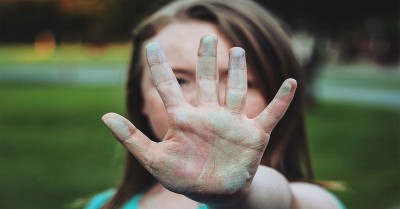 Incidents uncovered during investigations at Teddybears Childcare - Macarthur Centre ACT includes a child allegedly found with a Vodka Cruiser and the escape of two kids to a playground one kilometre from their childcare centre.

The service conceded an alcohol bottle was in the Macarthur centre's playground but this week denied it had been picked up by a child.

Six witnesses interviewed by Children's Education and Care Assurance said they had not received an induction that included being told of Teddybears' policies and procedures, and the investigation ultimately found there was no evidence that educators held Working With Vulnerable People cards.

Teddybears has since followed the steps of its compliance notice to the satisfaction of Children's Education and Care Assurance.

Also in November 2016, the authority placed conditions upon the Catholic Archdiocese of Canberra and Goulburn's licence to run the Holy Family Care Out of School Hours service.

That service was reprimanded after two children went missing for an hour and 40 minutes, only to be found at a playground about one kilometre away.

Guardian Early Learning Centre in Forrest is continuing to meet the conditions of an undertaking handed down after a serious incident in September 2016, according to the Education Directorate.

A man complained to the authority after he walked past the childcare centre and noticed a child - described by him as about 18 months old - crying alone in a sandpit. He jumped the fence and handed the child to "shocked" educators.

On May 17, 2016, a child was left in the same centre's nursery room during a fire evacuation.

"The child was unaccounted for during the evacuation for 10 minutes, and not accounted for until educators re-entered the service once the building was deemed safe," the Children's Education and Care Assurance report found.

Productivity Commission data released in January showed Canberra families pay the nation's highest rates for childcare, despite having what appeared to be the most dangerous services.

For ACT families paying the highest rates for childcare - it's frightening to see how many incidents and compliance issues are being investigated even though there are strict regulations and laws being put into place.

More in this category: « Only 10% Of Children Under 2 Meeting Dietary Guidelines   ||   New Child Protection Training Requirements For Educators »