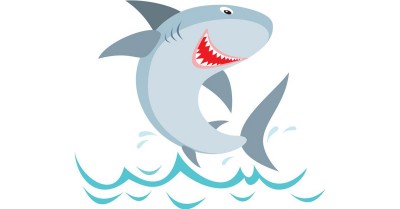 Baby Shark - is the song driving Educators and Parents insane, while children sing it over and over and over again. A catchy jingle about a shark family and matching moves it's no wonder children are going crazy for it!

So, where does it originate? In June 2016, it was posted by YouTube channel PinkFong, a Korean based channel for children that creates videos of sing-along songs and dances.

The song was first released in Indonesia in 2014, according to Official Charts, and again in 2016, but has just recently become a global phenomenon, and has ranked more than 1.6 billion views on YouTube. It is now as one of the Top 40 Most viewed videos ever on YouTube.

It is part of a music genre called K - Pop (the genre that brought Gangman Style) and has recently entered the UK top charts and Australia will probably be next.

The global phenomenon of “Baby Shark” is quite something. With 680 million children under the age of four in the world right now and over 1.6 billion views, it’s a good bet that among those who have access to the internet, a significant portion of all the toddlers on Earth have watched “Baby Shark” in one of the 10 languages PinkFong has translated it into.

So for those of you that haven't heard the Baby Shark Song yet, watch the video. Here's a warning, once you hear it, you won't be able to get it out of your head!

Reference:
Ritschel, Chelsea "What Is The 'Baby Shark Song, Where Did It Come From And Why Do Children Love It", Independent, 27 August 2018

More in this category: « New Childcare Traineeship Requirements For Services In NSW   ||   Warning Do Not Use Tricycles To Transport Children »