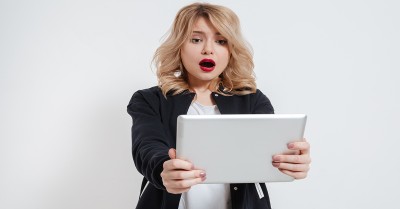 Many nursery rhymes have been argued to have hidden meanings and origins.

Many of the ideas about the links between rhymes and historical persons, or events, can be traced back to Katherine Elwes's book The Real Personages of Mother Goose (1930), in which she linked famous nursery-rhyme characters with real people, on little or no evidence. She posited that children's songs were a peculiar form of coded historical narrative, propaganda or covert protest, and did not believe that they were written simply for entertainment.

Though most scholars agree that “Baa, Baa, Black Sheep” is about the Great Custom, a tax on wool that was introduced in 1275. Under the new rules, a third of the cost of a sack of wool went to King Edward I another went to the church and the last to the farmer. Black sheep were also considered bad luck because their fleeces, unable to be dyed, were less lucrative for the farmer.

A tale of religious persecution, during the days when Catholic priests would hide in order to say their Latin-based prayers in secret. In the original version, the narrator comes upon an old man “who wouldn’t say his prayers. So I took him by his left leg. And threw him down the stairs”.

This rhyme can be a possibility that it’s an account of King Charles I’s attempt to reform the tax on liquid measures. When Parliament rejected his suggestion, he instead made sure that the volume was reduced on half- and quarter-pints, known as jacks and gills, respectively.

“London Bridge is Falling Down” could be about a 1014 Viking attack, child sacrifice, or the normal deterioration of an old bridge. But the most popular theory seems to be that first one. More specifically: the alleged destruction of London Bridge at the hands of Olaf II of Norway sometime in the early 1000s.

Mary, Mary Quite Contrary may be about Bloody Mary, daughter of King Henry VIII and concerns the torture and murder of Protestants. “Contrary” is one way to describe a murderous psychopath. This popular English nursery rhyme, which reads like a solicitation for gardening advice, is actually a recounting of the homicidal nature of Queen Mary I of England. A fierce believer in Catholicism, her reign as queen—from 1553 to 1558—was marked by the execution of hundreds of Protestants. (Silver bells and cockle shells are torture devices, not garden accoutrements.) The “silver bells” were thumbscrews; while “cockleshells” are believed to be instruments of torture which were attached to male genitals.

“Three Blind Mice” is supposedly yet another ode to Bloody Mary’s reign, with the trio in question believed to be a group of Protestant bishops—Hugh Latimer, Nicholas Radley, and The Archbishop of Canterbury, Thomas Cranmer—who conspired to overthrow the queen and were burned at the stake for their heresy. Critics suggest that the blindness in the title refers to their religious beliefs.

“Here We Go Round the Mulberry Bush” is often sung as part of a children’s game. According to historian R. S. Duncan, a former governor of England’s Wakefield Prison, where female inmates had to exercise around a mulberry tree in the prison yard.

One interpretation of this famous lullaby is that it is about the son of King James II of England and Mary of Modena. It is widely believed that the boy was not their son at all, but a child who was brought into the birthing room and passed off as their own in order to ensure a Roman Catholic heir to the throne. The rhyme is laced with connotation: the “wind” may be the Protestant forces blowing in from the Netherlands; the doomed “cradle” the royal House of Stuart. The earliest recorded version of the words in print contained the ominous footnote: “This may serve as a warning to the Proud and Ambitious, who climb so high that they generally fall at last”.

The most popular contention is that this rhyme refers to the 1665 Great Plague of London. "Rosie” being the malodorous rash that developed on the skin, the smell from which they attempted to cover up with “a pocket full of posies.” The plague killed nearly 15 percent of the British population, atishoo, atishoo, we all fall down (dead).”

Lucy Locket is about a famous spat between two legendary 18th Century prostitutes.

Oranges and Lemons follows a condemned man en route to his execution – “Here comes a chopper / To chop off your head!” – past a slew of famous London churches: St Clemens, St Martins, Old Bailey, Bow, Stepney, and Shoreditch.

Pop Goes The Weasel is an apparently nonsensical rhyme that, upon subsequent inspection, reveals itself to in fact be about poverty, pawnbroking, the minimum wage – and hitting the Eagle Tavern on London’s City Road.

The poem is speculated to have been written as a mockery of Cardinal Thomas Wolsey, whose refusal to grant an annulment to King Henry VIII so that he could marry Anne Boleyn, led to his political downfall. 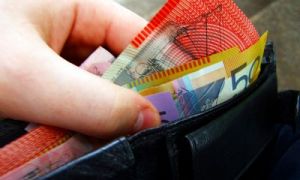 When working as a qualified Early Childhood Teacher (with a university degree) within a service... 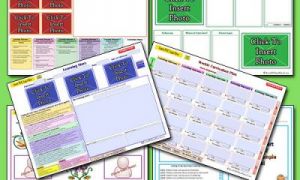 EYLF Programming and Planning In Childcare

Within Australia, Programming and Planning is reflected and supported by the Early Years Learning Framework... 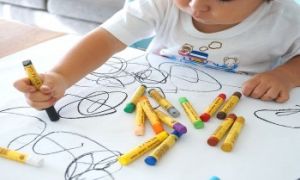 Belonging, Being and Becoming: The Early Years Learning Framework for Australia embeds art in many significant...