How To Negotiate Your Wages 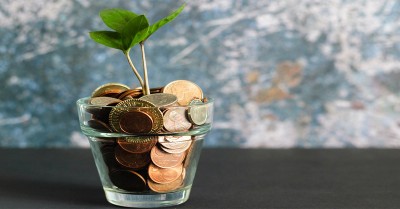 Wage discussions and salary negotiations with employers are sure to rank high in any list of difficult conversations for educators – riddled as the issue is with a range of complexities, from personal aspirations to sector-wide trends. The following article lists strategies on how to talk to your employer about pay, including knowing your worth, being prepared, using open-ended questions and more.

For any constructive discussion on pay, it is imperative that you know why you are looking to broach this topic at all. If you don’t have clarity on your own pay goals, it is not only unlikely that you will be successful in realising them, but worse, you are putting yourself in danger of being saddled with pay-related terms and conditions that were not part of your original goal at all. So if you wish to talk wages with your employer, be clear about what you are looking for – a regular annual appraisal, a hike in keeping with added responsibilities over the last few weeks, a new educational qualification or an opportunity that has cropped up in the context of high staff turnover plaguing the sector. Depending on the exact reason why you want the pay hike, you will have to devise a plan for talking to your employer – for example, if you are expecting a regular annual increase, you need to be prepared with past years' precedence for such raise; however, if you want higher salary on the basis extra responsibilities, you will have to present evidence how you have been working more than the requirements of your current role and doing a good job of it – conditions, which deserve to be rewarded with a raise.

Know What You Are Worth

A useful starting point for salary negotiation is to find out how much someone with your skills and experience is taking home. In Australia, the wages and salaries of childcare workers in Australia are very much governed by the Children Services Award (2010) and the Educational Services Teachers Award. The Awards outlines a number of rules and regulations pertaining to the relationship between childcare employers and employees, one of which is the minimum wages of early childcare professionals. Other factors which govern childcare wages are:

Needless to say, the more extensive your job responsibilities, your qualification and experience, the higher your level and pay.

Wages have a visceral, dynamic relationship to sector-wide trends. So if the entire sector is doing poorly, including your service, it is unlikely that they will have enough money left over to give you a major salary bump. The COVID-19 pandemic for example, left the sector reeling amid lockdowns when parents pulled out their children from childcare services; centres were closed down for months on end. The situation became so bad that the federal government had to offer temporary free childcare packages.

More recently the vaccine mandate has created additional stress to the sector. Since unvaccinated childcare workers were unable to join work once the mandate came into effect, it led to staffing shortages in many parts of the country. As late as March 2022, early education providers were calling on the federal government to urgently ease visa rules to help stem worsening early childhood teacher shortages, with more than 6000 job vacancies across the country. Indeed a survey of operators in states with mandates found that small stand-alone and community-run centres were hardest hit, according to peak group Community Early Learning Australia (CELA). The CELA study also found that services were managing the shortages by:

If services are trying to meet staffing shortages by hiring new and casual staff, it might be worth taking a chance and having that talk with your employer.

Wage discussions merit dedicated time and place – blurting out that you want a raise at the height on an open day or when you bump into your director at the supermarket aisle is hardly the right way to go about it. Even when you are in a meeting regarding something completely unrelated, springing on the topic of a raise is a bad idea. Instead, request your employer for a proper meeting within a set period of time, say the coming week or before a date. It may even be a good idea to specify why you want the meeting. This way, the employer will set some time aside and it’s less likely that your meeting will be interrupted.

However, before meeting your employer, be prepared to point out how you have successfully handled extra responsibilities or improved their business over the recent past. Think of ways you may have averted or successfully handled crises at the centre or use your community outreach initiatives to get many families to sign up for the service. Armed with facts and figures, you have a better chance of getting the salary you want rather than with mere appeals or vague promises.

Know-How To Reach Out

Conventionally seen as a zero-sum game, where for one person to win, the other has to lose, salary negotiations can appear to be a tense affair.  Look for ways you can diffuse the tension, like by using humour - “obviously I’d love to be earning $80 an hour, but here’s what I really want” – or taking ownership of the tension, and naming it. By opening the conversation with an honest insight like, “I know these conversations aren’t always easy” or “It can be stressful approaching these chats can’t it?”, you lighten up the atmosphere, and show that the situation is “the two of you versus the issue” rather than me versus you.

As the conversation progresses, reinforce that you both are working together toward a common goal, which is the children in the service get great care. Explain why – like your experience, training or interpersonal skills – it’s legitimate for you to be negotiating and advocating for yourself and then show your employer how it will be better for the service too. You could say something like, “You could pay less for someone who brings less to the job, but I bring higher qualifications/interpersonal skills”. Such an approach shows that your pitch is beneficial as much for the service as for your own self.

When you find yourself in a situation where an employer is being unreasonable or demanding a commitment from you that is likely to harm your well-being, take a moment to pause and ask why. Questions like “can you tell me more about that?” or “Is that a regulation, a policy, or your perspective?” are likely to give you more insight as compared to heated words or emotional outbursts.

Also instead of framing your expectations as questions to which there could only be a yes/no answer, “I’d like to be paid $2 more an hour. Is that something you can do?”, rephrase it as an open-ended question like, “How much scope is there for you to increase my hourly rate?”. For one, it frees the employer from the pressure to accept/reject while implying that raising your rate is a forgone conclusion – you now just need to know by how much.

Since educators are in a care-based profession that puts a huge value on maintaining and communicating goodwill, it is natural for many to feel uncomfortable with pauses in conversation. If you and your employer seem to be getting nowhere and there is a lull in the conversation, avoid rushing in to fill the silence with an offer to accommodate or concede your position. Instead, use the pause to reflect – make notes if some sort of activity helps you to remain composed – and allow the other side to consider the situation as well. At best, they will move to fill the silence with something which will work for you and at worse, you will know that the matter had been due consideration by both you and your employer.

If you find negotiations getting heated or caught in a stalemate, see if you can take a break. Checking out physically and emotionally will not only give both sides a chance to cool down but give each an opportunity to adopt other perspectives. Use the time-out to home into the one or two points you both agreed on as goals for the negotiation when it began. Using that as a filter will prevent you from getting caught up in other issues, like ego trips or staffroom gossip.

Also, use the break to make sure you are not missing the woods for the trees. So a service may already be allowing you generous paid leave or allowances even though your salary may not look too good on paper. Conversely, the extra zeros on your paycheck may not be worth the effort if you are left with a poor work-life balance or more frequent weekend work commitments. So remember to factor in all the perks and benefits before you ratchet up your salary negotiations to a point of no return.

Be Aware Of Your Deal Breaker

Every negotiation has a “deal-breaker” – a point at which you know you will be unable to compromise and the only way is out. It is crucial that you are aware of your deal-breaker even before you launch a wage discussion with your employer – if you don’t, you will not only be giving up a valuable negotiation strategy but putting yourself in danger of emerging from the meeting with even less than before, like taking on more responsibilities for a supposed benefit which you should be getting in any case.

Possible deal breakers maybe, “It’s not possible for me to continue to miss additional programming time/work for less than…an hour/work in the nursery.” Following up your position with the question, “How can we address that?” makes a strong opening statement, but also leaves the question “or what?” So before making the move, consider if you are ready to follow through with the alternative – handing in your resignation. If not, would you be willing to consider a change in room placements, a change in employment terms and conditions or an opportunity for professional development? Knowing your bottom line, and what you will and won’t accept moving forward is all part of understanding your own value and are thus crucial elements of wage negotiation.

Created On May 18, 2022 Last modified on Wednesday, May 18, 2022
Tweet
Published in Childcare Articles
Tagged under 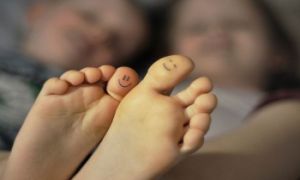 Benefits For Children From Being Barefoot

A child being barefoot can stimulate a variety of senses for children. The feeling of cool... 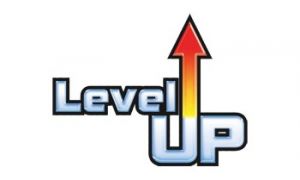 Classification Levels For ECT's That Do Not Hold O…

For ECT's employed as an Early Childhood Teacher in a service and are on the... 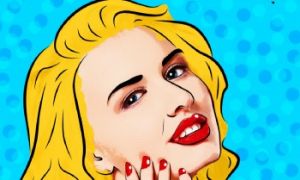 Andy Warhol was one of the most famous American artists of the latter half of...