Marrin Gamu - Many Languages, One Song 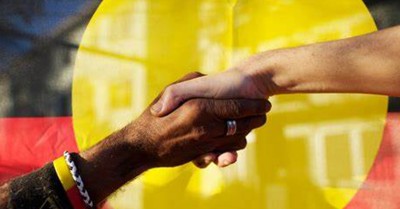 This song was recorded with children from five different Aboriginal and Torres Strait Islander language groups with the aim of increasing awareness about the number, diversity and importance of the diversity and importance of Australia’s first languages. The title, Marrin Gamu, combines the word for ‘body’ from two of the languages in the film clip (Wiradjuri and Kalaw Kalaw Ya, respectively).

Once children have engaged in viewing these video clips, facilitate a discussion around the following kinds of questions:

Created On May 19, 2021
Tweet
Published in Games and Activities
Tagged under

More in this category: « Colours As Cultural Symbols   ||   Caring For Country »