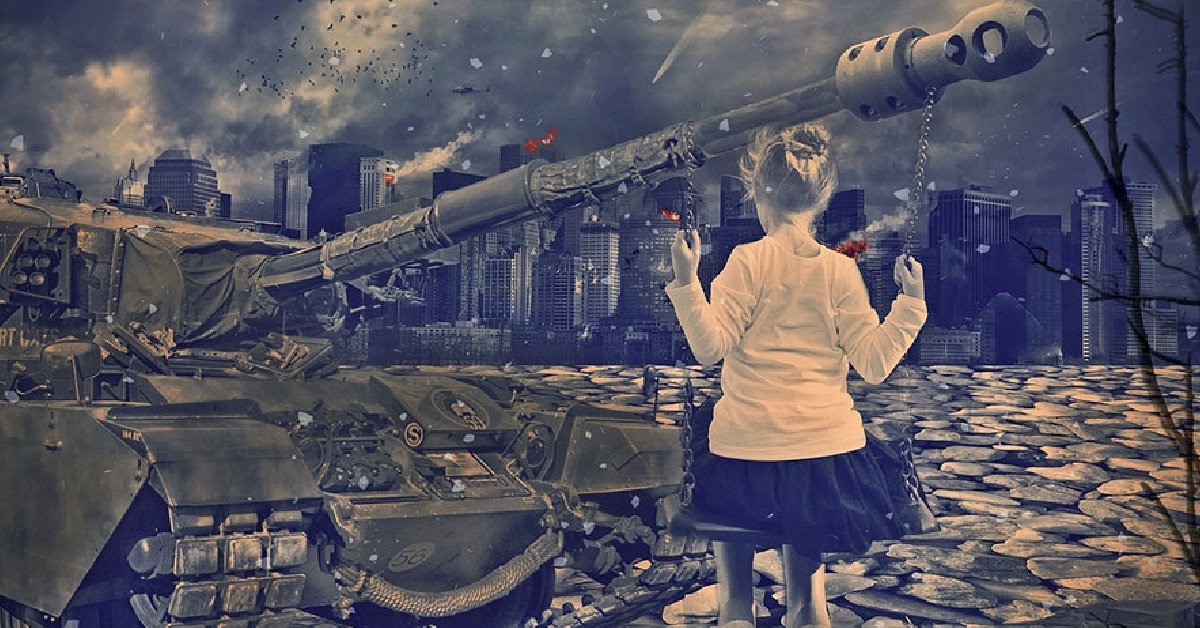 Parenting in war is difficult and challenging. Being a parent, they have to ensure their safety as well as make them relax from anxiety. Every child has the sense to understand bad things going around. They also feel anxious and stressed because of this unnatural situation around them. Parents, on one hand, need to tell the truth so that they can realise the reason for the abnormal atmosphere around them, and on the other hand, they should not tell them so much that they could feel frightened and scared. Too much frightfulness anxiety tension may cause permanent damage to their development process.

When Russians invade Ukraine, Anton Eine, who is a science fiction writer, who is about to launch a book, everything becomes senseless to him apart from being safe with his family in this wartime. He has a son, a 3-year-old son, with whom and with his wife, they take shelter in a middle space of lifts in a 24 stored apartment. They are sleeping on a concrete floor in the biting cold. They placed their 3 years old in the safest corner of the sanctuary. They told the child that the bad soldiers attacking us and good soldiers with the Ukrainian flag will save us. They are trying to keep him occupied in watching cartoons and in having sweets more than normal time. Parents want the child to be engaged in something so the harsh fearful reality could not hurt his mind too badly. They have practised some safety measures as whenever they are hearing bombing alert sirens they shout “to the shelter” and the 3 years old boy runs leaving everything to the safest corner of their sanctuary. The psychologists advised being more gentle and polite to them than in normal situations.

Many parents are sewing badges to the child’s shirt about their blood group and also teaches them their address, parents' names in fear of getting separated. Some children draw pictures depicting that Ukrainian is in danger and it tells how they are getting affected psychologically.

Hanna, a scientist has to leave Kyiv and take shelter in Poland with her two sons. She says that it was very difficult for them to move to a different place leaving the house and relatives behind. She also says that she just told her sons to take anyone toy with them and it was super difficult for them to choose and make decisions at this tender age. Hanna was accompanied half of the way to Poland by her ex-husband and then he had to leave and go to the fight. It took 52 hours for them to reach Poland. The children miss their grandparents and others and continuously ask about them. They also ask Hanna if their father is alive or not, if their father is injured. Though Hanna tries to console them by saying half-truths so that there could not be more impression of war in their mind. Hanna tries to make them understand to live in present and the fact is they are safe now. But it is very much difficult for her to protect them from anxiety and to give them a better situation to grow.

Oksana, who's 6 years old daughter is an autistic child now are safe in Poland. The child did not bear the siren sounds and felt anxious stressed and frightened. Oksana told her the truth that this is a war and they need to be safe. Iryna’s son is just 2 and she decided not to say anything to him as he is too little to understand war and all. She told her son that they are going to stay with friends for some time and moved to western Ukraine.

Reference:
Ukraine: 'We try to tell them the truth' - Parenting In Wartime, BBC NEWS, By Vibeke Venema