Federal Governments Lack Of Investment In The Early Childhood Industry 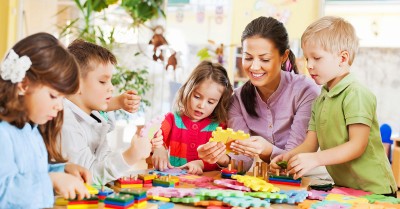 No extension of universal access in the year before schooling, no further funding for state and regulatory authorities and just 2 years of funding for ACECQA and no development of workforce strategy for those wanting to pursue early childhood qualifications.

While many working families will be better off under the new subsidy package, Early Childhood Australia remains concerned that an estimated 25 percent of families will be worse off and approximately 130,000 children may miss out altogether on critical early learning.

Another missed opportunity in the Budget is the extension of the universal access to early education in the year before school (preschool funding) for just one additional year, despite strong consensus across state and territory education ministers on the need for a longer-term approach.

The one area where Australia performs well in comparison to other countries is in having a sound, evidence-based approach to ensuring that children receive a high-quality education and care through our National Quality Framework.

It is therefore of significant concern to ECA that the Federal Government is signalling a withdrawal from the National Partnership Agreement on the National Quality Agenda for Early Childhood and Education Care, with no further funding for state and territory regulatory authorities and just 2 years of funding for the national regulator ACECQA.

Also disappointed that the government failed to heed calls from the sector to develop a workforce strategy.

Low wages and poor job security are resulting in high turn over rates, while quality standards are creating more professional roles in the sector that will become harder to fill as the current supply of qualified early childhood teachers fails to keep pace.

Having cut all investment in professional development, it has never been more critical to respond to looming workforce challenges.

Could this be the backlash due to Educator's frequent walkouts to increase wages? It seems like the federal government has given up on the Early Childhood industry. For an industry that is shaping the future of Australia, where is the investment opportunity to develop high-quality educators for young children, where is the funding for our regulatory authority to make sure services are of high-quality standards for the children? What does this mean for Eary Childhood in Australia?

Last modified on Friday, May 11, 2018
Tweet
Published in Childcare News
Tagged under

More in this category: « Centre Shutdown Without Notice Due To Fire Safety Risk   ||   NSW Government To Cover 75% Of Tafe Course Fees For Cert 3 Qualifications in Early Childhood Education »