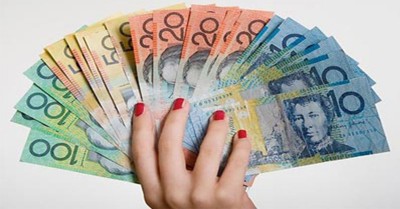 Educators will work off the job and hold political rallies across Australia.

Early childhood educators are paid as little as $22.04 per hour and 1 in 4 plan to leave the early childhood industry within a year due to low pay.

Helen Gibbons, Assistant National Secretary from the Union, Union United Voice has said "Enough is enough this government, failed Early educators and failed families for years. This government is littered with politicians that should know better. We have a Prime Minister who has grandchildren in Long Day Care, we have an ex-prime minister whose wife use to run childcare centres, and we have an aspiring prime minister who owns childcare centres, and none of them has learnt the importance of early education, none of them has understood how important early childhood educators are and how appalling they are paid. Early educators will be walking off in two weeks time and they will be running election campaigns all the way up until next election, calling on the government to support them"

Statistics show that there are

"Qualified experienced educators are getting as low as $22 per hour and parents cannot afford to pay more and we are calling on this government to fund this sector properly" Helen Gibbons explains.

"Childcare in the 21st century is about the education of our children and we cannot educate our children properly if the people of whom we trust and ask to educate them are paid such low wages. We are very supportive we are going to work with educators, their union and work with employees in the industry to see what we can do. We will reform and provide resources behind to deliver a reform because we are going to put childcare ahead of banks, properly funding our workforce ahead of properly funding CEO's, so you keep fighting and we'll keep fighting"

The Labour party will be putting childcare and the early year's education on the national agenda and will be a major issue at the next election.

The 5th of September is also Early Childhood Educators day. A day to recognises and celebrates the work of Australia's educators in early learning centres for their wonderful contribution to the wellbeing and healthy development of the young children in their care. So, it's unfortunate that on this day where educators should be appreciated and thanked by the community, they will be walking off the job demanding equal pay.