Centre Shutdown Without Notice Due To Fire Safety Risk 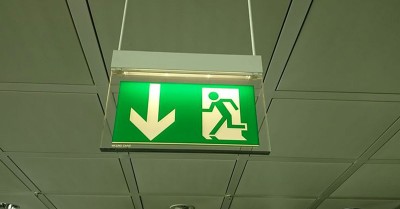 Queensland’s Department of Education forced Little Ducks Childcare Centre on Brunswick Street to close its doors over concerns about a lack of fire exits.

In a statement, a spokesperson for the Department of Education outlined “a significant risk to the health, safety and well-being of children attending the premises of Little Ducks Fortitude Valley. The risk is in relation to fire safety and the adequacy of fire exits.”

As a result, Little Ducks Management has decided to close for at least four weeks while it builds a second emergency exit.

But parents are furious they were told just four minutes before the centre closed on Friday, despite management admitting in the same email, they had known about the "certain upgrades" for "days."

Ironically, the Department of Education gave Little Ducks approval to open in January 2016.

But it was Queensland Fire and Emergency Services (QFES) who inspected the Valley premises two months earlier.

“QFES attended the Little Ducks Childcare Centre in December 2015 and inspected the fire hydrants and fire detection alarm systems and both were deemed compliant at this time,” a spokesperson for QFES said.

Management has told parents they have a limited number of spaces available at their four other centres at Wilston, Bardon, Annerley and Birkdale, up to 18 kilometres away.

Little Ducks at Fortitude Valley has been ordered to stay closed until a second emergency exit is built.

Once again another incident where the Department of Education seems to have overlooked this safety issue and gave approval for this centre to open as well as the Queensland Fire and Emergency services who deemed this service was compliant at the time. When the service is giving the all clear to operate, so what changed within those 2 years? How many services have been overlooked for non-compliance?