Across Australia 166 FDC Services Have Been Cancelled or Suspended 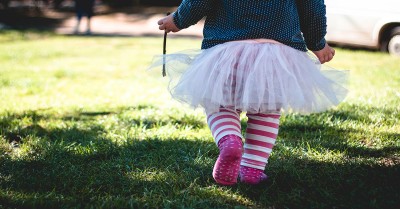 Photo by Marjorie Bertrand on Unsplash

Over 160 family daycare providers have been forced to shut down throughout Australia after operators were allegedly found falsely claiming subsidies.

In NSW, 124 FDC Providers were shut between June 2016 and June 2017, representing about one-third of the sector. Out of these 36 had their licences cancelled while 16 were suspended.

In some instances, taxpayer-funded subsidies were allegedly claimed for "phantom" children who did not exist, or for swapping their own children with friends to claim subsidies.

In other cases, FDC educators were reportedly overseas at the time they claimed to have been caring for children.

In an FDC Service at Punchbowl, in Sydney's south-west, more than 10,000 sessions of care were falsely claimed between January 2015 and May 2016.

Compliance checks found that either the educators or the children were overseas at the time of claimed hours, one of them for a year, according to investigators.

In other instances, educators allegedly claimed to have been working when in fact they had recently given birth to their own children.

The Punchbowl service also reported that it was providing care on days when children were, in fact, at a different childcare service, it is alleged.

The operator blamed the non-compliance on its staff, however, under the law, the responsibility rests with the provider.

Federal Education Minister Simon Birmingham said the crackdown meant subsidies would be spent on legitimate services, "rather than lining the pockets of shonks or crooks".

NSW Labor's Early Childhood Education spokeswoman Kate Washington said the shonky providers should not have gained approval to operate in the first place.

"There should have been greater scrutiny before these providers were given the authority to get these licences," she said.

"What we're seeing is them doing their job that should have been doing from the start."

"We've seen a rolling process of reform over the last couple of years and I think what we're seeing now is the compliance activity being effective off the back of that legislative reform," he said.

Senator Birmingham said NSW had been the most vigilant state in cleaning up the system, while Victoria had failed to weed out dodgy operators who were falsely claiming subsidies.

He said the Victorian Government had given some services the tick of approval but compliance checks by federal authorities led to them being cancelled or suspended.

A total of 68 services in Victoria have been shut down, with 51 having their accreditation cancelled and 17 suspended.

"We'll continue to talk to the Victorian Government to make sure that they lift their game," he said.

"I'm shocked at the carelessness in terms of ensuring providers they have assessed are up to scratch, when in fact we've found significant problems in the operations of those providers."

The NSW government has released data that shows the number of family day care services in the state has fallen from 419 to 295 year-on-year.

The percentage of services assessed has increased from 77 per cent to 91 per cent in the same period.