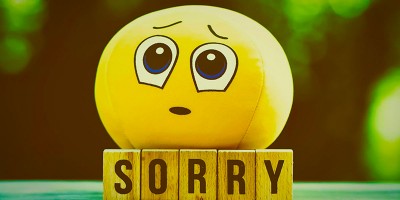 Image by Alexas_Fotos from Pixabay

Saying sorry is among the earliest lessons in interpersonal behaviour that children learn when growing up. There are indeed many benefits of an apology but sometimes we forget that almost always they depend on both sides genuine feeling the emotions rather than being forced to go through the motions. The following article provides information on the Importance Of Apologising and Strategies To Support Children In Saying Sorry.

The foremost benefit of apologising for a mistake, in the context of early childhood, is for the perpetrator of the action to realise they have made a mistake.  Growing up involves being aware of and following certain rules of cooperative social living so that orderly civilised life is possible for all. So, even if a child may have knocked down another’s block tower in a fit of overenthusiasm, saying sorry helps the child see that the action has hurt a friend.

However this realisation – upon which the power of an apology revolves – is unlikely to come through unless it is meant. Being sorry involves the child adopting the perspective of the one who has been hurt and this can hardly happen when the apology is a forced phrase. At best, neither side gets closure from the conflict and at worst, it reinforces the culture of vague public apologies seen in popular media in which convicted offenders either shift blame, make it conditional or take recourse to victim-shaming.

One of the best places to start is to allow the child who has misbehaved, a few moments to consider what has happened. Suppose a child grabs one of their friend’s toys and runs away with it, leaving their friend crying. In the midst of such tumult, if you present consequences to the child, they are unlikely to understand even the significance of what they just did, let alone why they should say sorry.  Remember the child is still feeling whatever emotions that caused them to behave that way in the first place. So if you say something like, “Stop running and return that toy to your friend! You need to apologize right now.”, the rationale will barely register with the child.

What you can do instead is to give the child a couple of moments to calm down, and then maybe say, ‘We need to ask to share our things because our friends’ feelings can get hurt otherwise’. The strategy will also help you feel stable enough to guide a child’s behaviour rather than reacting emotionally from a place of anxiety.

When the raging emotions have subsided, you can have a chat to help the child figure out what they were feeling and how those emotions might have led to their misbehaviour. So you might ask, “What were you feeling right before you took your friend’s toy?” Perhaps they were jealous of the friend’s toy or just plain bored and wanted to do something to stir things up. At this stage, support the child with appropriate language since naming the feelings can go a long way in pinning them down and making them manageable. Eventually though, turn the conversation towards their wrongful action - whatever the reason, the emphasis should be on their actions being the problem, not their emotions. The point of emotional regulation is to convey that all emotions are okay, it’s how we deal with them that matters.

Once the child has acquired some clarity on their own emotions and action, the educator can now bring in the consequence of their wrongful action – that is the hurt another child felt when their toy was taken away. This involves adopting another person’s perspective – something that does not come naturally to young children. In order to support this process, the educator might try and link the situation to something similar that has happened to the doer of the wrongful action. For instance, maybe the child’s sibling took their favourite scarf without asking and refused to return it. You could ask the child to think back and remember how they felt in that moment, then point out that that might be how their friend felt when their toy was taken away.

It is quite possible that the child is genuinely unable to draw on their previous experience to understand how the other child felt when the toy was taken away. Another way to facilitate a shared understanding of the harm might encourage the child to ask the friend how the latter felt. Listening to another person can help one to adopt an alternative perspective and feel more empathy. Here again, an educator might have to support the conversation with words that identify and name feelings so that both sides are able to express themselves. Even after the child is ready to say sorry, you can have to facilitate the process with the right words, like by saying "We are so sorry that you were sad when Joe took your toy; he forgot to use his words. We are so happy you feel better now."

Part of supporting children with the necessary social skills is to prepare them to deal with a similar situation in future. What if after a week or so, the child once again finds a peer working with the same toys that they want? How should they then respond? Brainstorm a few suggestions or role-play scenarios with the child; go over each line of action – perhaps the next time the child can look for something else to play with or ask your help in choosing an interesting toy. Another alternative might be to pop outside for a change of scene or a glass of water. Through all these ways, children will start seeing mistakes as opportunities to reflect and learn, thereby reducing the instinctive defensiveness that comes with admitting wrongdoing so that they really mean when they say sorry.

Like with other social skills, learning happens best when children see trusted adults practice them in everyday activities. So the next time, you make a mistake or even unknowingly hurt someone, say sorry like you mean it. Remember that children are always watching their parents and teachers and will promptly do what they see their adult caregivers doing.

What Should A Sincere Apology Include?

Based on the above three components, an educator might provide three sentence stems to support children in saying sorry on their own.

Thus in keeping with the previous example of the child who took away the toy, an apology might look something like the following:

When children do start apologising meaningfully, be sure to praise their efforts. Owning up a mistake and crafting a well-rounded apology is no easy task which means that whenever you find a child initiating it, be sure to notice and affirm it loudly. This will not only show other children how to say sorry but make it less about ‘losing’ and more about working together to feel better.

Finally, saying sorry does not come with a guarantee of forgiveness. An integral part of learning to say sorry thus also involves not seeing to control what happens after the apology. Whether or not the wrongdoer is forgiven is entirely the wronged person’s prerogative. Such lessons are naturally too complex to be communicated to young children. What educators can do instead is to teach children that apologies are not really about being forgiven but about taking responsibility for our actions.

Created On June 20, 2022
Tweet
Published in Teaching Children
Tagged under

More in this category: « Teach Children The Aboriginal Language Of Wiradjuri Through Games And Activities   ||   Little Yarns Podcast Series For Pre-schoolers » 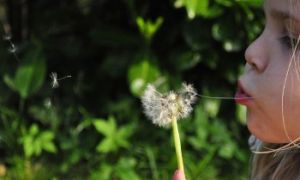 Over centuries, Nature has been represented by artists, poets and philosophers as the ideal setting... 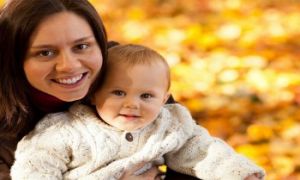 When working as a Cert 3 Qualified Educator, your pay rate is from the Children's... 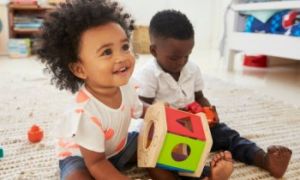 Inquiry Based Learning For Toddlers

Inquiry-based learning is an experiential educational approach in which learners are encouraged to explore, question...