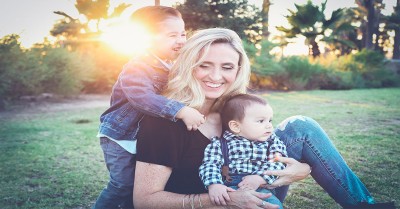 Photo by Edward Cisneros on Unsplash

Lead study author Rachel Romeo of Boston Children’s Hospital and the Massachusetts Institute of Technology says "“We found that the most relevant component of children’s language exposure is not the sheer number of words they hear, but the amount of back-and-forth adult-child conversation they experience. These ‘conversational turns’ are strongly related to the physical strength of white-matter connections between the two key language regions in the left hemisphere of the brain".

During a recent study, recordings over two consecutive days, were collected and examined between 40 children, aged 4 to 6 years old and their parents, from diverse social economic backgrounds.

Researchers began to calculate how many words children heard adults spean and how many words the children spoke. They also looked for conversational turns by measuring how many exchanges occurred with no more than five seconds passing between something said by the child and a response from the adult.

Then, researchers looked at brain scans of the children and found greater conversational turn-taking associated with stronger connections between two brain regions, known as Wernicke’s area and Broca’s area, that are central to the comprehension and production of speech.

“Previous studies have demonstrated that the quality of early language interactions language a significant impact on later language and cognitive skills,” said Natalie Brito a developmental psychologist at New York University in New York City who wasn’t involved in the study.

Having back and forth conversations with a child is an important part of their overall development. It helps them to listen to what is being said, enables them to share their own ideas and thoughts and improves language and speech development. Ask questions, have conversations, listen to a child when they share their ideas! Because it does make a difference.

More in this category: « Educators To Walk Off For The Fourth Time For Equal Pay   ||   Educator To Child Ratios Could Be Scrapped And Qualifications Relaxed »