Sydney Childcare Educator Allegedly Sits On Child For Being Disruptive 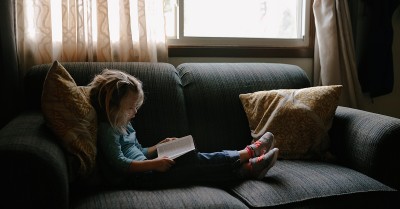 In an early childhood centre, in Sydney's south-west, an educator has been photographed allegedly appearing to sit on a preschool child after he was being disruptive during group time.

The Parent of the child happened to see the photo as it appeared on the services daily journal app and was shocked to see her child pinned to the corner of the couch by the Educator.

After contacting the Director about the image, the service allegedly denied that the Educator was, in fact, sitting on the child and that he was just sitting next to her.

"Why is her back towards him, it seems like he is being forced to sit there. This isn’t acceptable. Who sits a child like that and turns their back towards them?". The Parent had asked about the photo.

The Director had told the Parent that her child was not listening to the story that was being read and had been talking, so the Educator moved him onto the couch next to her.

After taking a much closer look at the story being read to the children in the preschool room, the Parent was not surprised that her child wasn't interested as it was a basic book on shapes and colours.

“I thought 'hang on this book is not suitable for their ages. If they are trying to get their attention by reading something like that it’s just not going to work. “Whether he was playing up or not, I just think what she did was the wrong approach. the Parent commented.

The Parent had made a decision to remove her son from service, which he had been attending for two years after the director failed to take any action about the incident.

The Director had indicated that the staff member would receive a warning, but the family had already lost confidence in the centre and made an official complaint about the incident to the NSW childcare services regulator, the Early Childhood Education and Care Directorate.

A spokesperson for the NSW Department of Education, which oversees the directorate, confirmed to nine.com.au that it had received the complaint and would be investigating it, as it does all incidents.

The centre has since removed the photos from their journal app.

More in this category: « QLD Workers Allowed To Smoke Near Childcare Services Due To Loophole   ||   Childcare Providers Unpaid Hundred Of Dollars Over A Fortnight »