School Children To Be Weighed Every 2 Years To Tackle Obesity 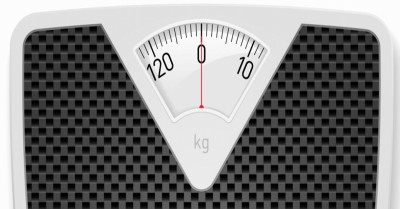 As part of Australia's proposal to tackle the obesity epidemic, children's height and weight will be measured every 2 years unless parents opt out. The data collected could map child obesity around Australia and target where the problems are worse.

The Global Obesity Centre (GLOBE) at Deakin University believes the rate of obesity is higher than the 27 per cent according to the Australian Health Survey "We've got millions of children that are suffering from something that will affect the rest of their lives and we have no real understanding of the size of that problem", Professor Allender of GLOBE said.

The proposal of weighing and measuring children would create uneasiness amongst some parents and it could impact a child's mental well-being.

As a parent, I am anxious to know how children will be weighed and measured," said executive director of The Parenthood, Alys Gagnon.

"I would be anxious to know if it was being done in a healthy, positive way."

Professor Allender acknowledged such concerns but said steps would be taken to reduce any negative impact on children.

Trained clinicians will take measurements at primary schools, instead of teachers and children will not see the results to avoid comparisons. Children's names will not be recorded to ensure any breach of privacy.

Professor Allender said an opt-out approach, rather than an opt-in, was necessary to ensure high rates of participation.

"Nobody's being forced to do anything, it's still an active decision," Professor Allender said.

Professor Allender said his submission was based on a model that was working in the United Kingdom and many in the United States.

Federal Health Minister Greg Hunt said in a statement he would refer GLOBE's proposal to the Australian Health Ministers' Advisory Council to consider.

The Select Committee into the obesity epidemic is yet to decide whether or not this proposal will go ahead.

Reference:
Oaten, James "Children To Be Weighed And Measured At School Every Two Years In Proposal To Tackle Obesity" ABC News, 21 July 2018

More in this category: « Children In Childcare Have A Higher Risk Of Infections   ||   Day For Daniel - Australia's Largest Child Safety Awareness And Education Day »