Educators Talking Less To Babies and Toddlers In Their Care 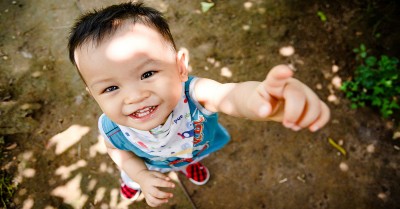 Researchers followed almost 60 children aged under two at their childcare centres and recorded the number of words they heard from adults over three hours. A quarter of the children heard fewer than 11 words per minute.

The study, which was the first to look at language in a long daycare context, found carers that used many words also had higher-quality interactions with the children. There was also a link between quality talk and highly-qualified staff.

"In rooms where they had higher-qualified educators, the children we observed were getting more talk and higher-quality talk. To me, that speaks to the importance of qualified staff in bringing up the capacity of all the educators." Associate Professor Sheila Degotard, commented.

New research suggests that differences in children's language development by age three can be significant for their learning future. "As the child gets older, it becomes harder for those children to catch up and more and more expensive," said Dr Degotardi.

It's important that Educators engage babies and toddlers in conversation. Even though they may not respond, the more language they hear, it will support them with their language development. Talk to babies and toddlers about what they are doing and what's coming up next.

For babies and toddlers witnessing others having conversations is not enough for language development. The most effective kind of talk is frequent and direct and went beyond instructions to discussions of things that interest the child.