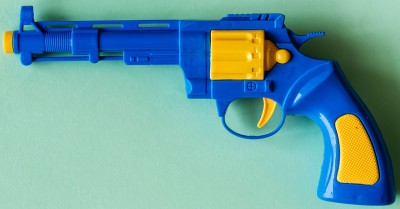 Photo by rawpixel.com from Pexels

For a fear of promoting violence and warlike behaviour, childcare services are banning children from playing games such as “cops and robbers” with toy guns and plastic fake knives.

Pretend play items such as Pirate swords, Bows and Arrows and Lego weapons are also being banned by childcare operators to curb children from being aggressive and violent towards others.

Toy-makers, however, dispute whether war toys lead to violent behaviour.

"And the reality is that children have played fantasy games involving the triumph of good over evil for centuries."

Even though no Laws or Regulations cover toy weapons in Childcare Services or Preschools, centres may have their own policies regarding these type of toys. Australian Childcare Alliance NSW will shortly survey 1600 childcare centres for policies on warlike toy weapons including replica guns and knives.

We may be able to remove or limit a child's exposure, but this doesn't stop them from using their finger or even a stick during their play to represent exactly the same thing. Children are very creative and if they want to re-enact something they have seen or their favourite show or what a popular character does in a movie they will. How does a child know what to do with a toy weapon? Who shows them how to use it? It's from cartoon characters, it's in kids movies, weapon use is everywhere and if banning toy weapons is going to solve aggression then consider how many kids tv shows and movies show aggression in some form. Are we going to ban these as well?

Last modified on Thursday, July 5, 2018
Tweet
Published in Childcare News
More in this category: « Childcare Centres Who Hike Fees Will Be Named and Shamed   ||   Indigenous Language Song Competition For Children »