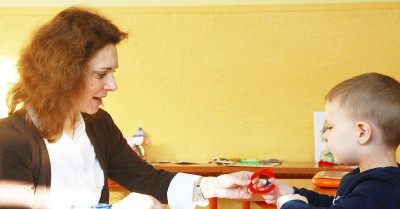 At a Fair Work Commision hearing, set in Sydney today, ECT's will be demanding equal pay with primary school teachers, with an overall increase in salaries. It will be a pay rise of $32.000 if ECT's win.

The comparison between the salaries of ECT's and Primary school teachers is quite high.

For ECT's working in an early childhood setting the starting salary is $52,438, while primary school teachers the starting rate is $69,364.

The union is demanding the Fair Work Commision that the starting salary for an ECT should be $68,232 with $101,767 paid to experienced staff.

Alliance Queensland general manager Brent Stokes told The Courier-Mail " They’re asking for up to a 59 per cent increase overnight for early childhood teachers. “That will cost up to $6 a day per child accessing the service, and the increase will flow directly through to families.’’

ECT's should be paid as much as primary school teachers as they do similar degrees the Independent Education Union argues. The union has spoken with  Fair Work Commision and has said " “Early childhood teaching, particularly in long day care centres, has suffered from a lower status than primary school teaching, due to a historical view … that the task is one of caring rather than teaching and involves the exercise of an inherent feminine attribute rather than professional skills,’'.

Over the next month, the Independent Education Union of Australia (IEUA) will argue to the Fair Work Commission that they earn less than their primary school counterparts because their jobs have historically been regarded as women's work.

This case is about money, but conditions are also an issue. Early childhood teachers at long day care centres do shift work and their centres are open for most of the year, while schools close for 10 weeks.

Earlier this year, the commission rejected a claim by another union representing childcare workers with certificates and diplomas, saying it had failed to prove that their pay was undervalued due to gender inequality.

It will be interesting to see how this develops and whether or not ECT"s will receive their pay rise. If ECT's do win their pay rise, what about Cert 3 and diploma qualified Educators they will be in an uproar since the government hasn't batted an eyelid for any of the walk-off's they have done in over the past 2 years. I think it will be unfair for ECT's to be given a pay rise and not all qualified educators within the industry.