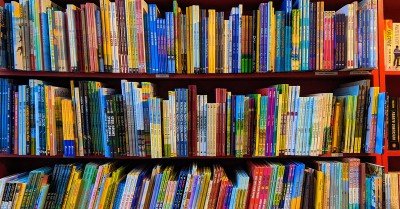 Photo by Omar Flores on Unsplash

In practice, it has been found that educational resources like story books, often fall short of representing such gender equity. In respect to this, a study titled ’Gender Equity in Early Childhood Picture Books: A Cross-Cultural Study Of Frequently Read Picture Books In Early Childhood Classrooms in Australia and the United States", investigated the nature of gender representation in children’s literature in eight early learning centres in Australia and the United States. The following article provides information on the Research, Data Analysis, Research Findings, What Services Can Do and more.

Led by Dr Helen Adams of Edith Cowan University, the study found that an overwhelming majority of frequently read books in long daycare centres are not inclusive of diverse characters and are largely told from a white, male perspective. These findings have a significant bearing on early education and care practices, especially when related to gender and identity construction in young children and a vision of a truly inclusive, equal society.

According to the United Nations Convention on the Rights of the Child, children have the right to an identity, to be free from discrimination, to express opinions and to actively participate in the community and larger society regardless of gender or ethnicity. These basic rights of gender equity, cultural diversity and education for all are echoed in the mission statement of UNESCO and reflected in educational laws and policies of most developed countries, including Australia and the United States.

For young children, books play a huge role in their personal, social and academic development. Firstly, such literature is peopled characters, situations and events with which children can identify and through which they can consider their own actions, beliefs and emotions, eventually going to construct their views of self, others and the world around them. Thus if children get to see female characters in frequently passive and nurturing roles, they are likelier to grow up with the belief that women aren’t suitable for all jobs – worse still, girls will be conditioned to give up on certain careers and life choices. This makes it imperative that all children should have access to authentic and accurate representations of role models related to their gender and cultural backgrounds in order to develop a positive sense of identity and belonging.

Secondly, the classroom materials and literature teachers select to share with young children reflect the beliefs and values society has about identity, ethnicity and gender equity. If such books marginalise or render certain people and groups invisible, then children get the message that such groups and people are not accepted in society. Through the power of images, both explicit and implicit, children’s picture books are especially powerful conduits for the presentation of socially sanctioned behaviours.

Of further concern, the affirmation or even representation of children and families which include gender or sexual identities outside of the traditional heteronormative understandings, are most often absent in children’s books. This absence can be particularly problematic for children who may be questioning their sexuality or who already identify with diverse sexualities.

Children’s books matter because they are selected by educators. Unconscious attitudes held by educators regarding gender roles and abilities can impact the selection of children’s books to be shared in class, with the outcome that such books may reflect the attitudes towards gender held by the teachers themselves. In other words, if the teacher believes that girls cannot learn and do certain things, they are likelier to select books that represent female characters in roles lacking agency and diversity and this, in turn, will affect girls’ and boys’ motivation, participation and learning outcomes (United Nations Educational, Scientific and Cultural Organization’s [UNESCO], 2016).

Despite the enormous impact that children’s picture books have on the budding sense of self and the world, the researchers, Dr Helen Adam and Assoc. Professor Laurie J. Harper found deep-rooted gender bias in children’s literature, including popular books, award-winning children’s books and even favourite choices in the ECEC setting. Most of these were marked by extreme under-representation of female characters for example in Caldecott Medal-winning books from 1938 through the 1970s, males outnumbered females by as much as 5:1. Further, these studies consistently found gender-typed character roles with males portrayed as active, aggressive, directive, persistent, rescuers and mostly outdoors while females were portrayed as passive, emotional, imitative, nurturers, rescued and mostly indoors.

Equally important the researchers found that female characters from minority ethnic groups, as well as characters other than heteronormative gender identities and those who are both minority ethnic and gender diverse, were even less likely to be represented in children’s books.

Particularly glaring has been the absence of characters in children’s books outside of the traditional binary and normative understandings of gender. For example, though Crisp et al 2016 used categories of cisfemale/ciswoman, cismale/cisman, transwoman, transman, ungendered and others, they found no books in their study that were classified in the categories of transwoman or transman. Such heteronormative representation goes against the spirit of inclusive understandings of gender diversity affirmed both by UN CRC and associated educational policies currently governing ECEC.

For the study, four long daycare centres each in Australia and United States were chosen. The 12 most read picture story books shared in each of the participant centres over the 5-day observation period were selected for reporting which resulted in a sample size of 96 books. In Australia, 24 educators with qualifications ranging from an Education Assistant Diploma to a Bachelor of Education degree agreed to be part of the study. In the USA study, 20 educators agreed to take part in the research with qualifications ranging from a high school degree to a Bachelor of Arts in Education degree.

For their study, Adam and Harper adopted a different way of investigating gender bias in children’s picture books. While previous research had focused on calculating the percentages of representation of males, females and gender-diverse characters, a number of speaking roles for gendered characters, and gendered behaviours, Harper sought to consider the overt and covert messages of books in relation to gender and gender activities and roles. For this the researchers used Harper’s Framework of Gender Stereotypes in Children’s Literature which considered the following six-story characteristics:

Based on these six-story characteristics and after coding trial revisions, four categories were eventually summarised to analyse children’s picture story books:

Hard copies of the 96 books were obtained for analysis by the researchers. First, the two researchers independently coded 10% of the books (N=10) books. In analysing the books, each researcher followed the following steps.

After analysis of the 96 children’s picture books, the researchers found that:

Implications Of The Findings

Gender development is a critical part of the earliest and most important learning experience of young children besides a requirement of educational policies rooted in the United Nations Convention on the Rights of the Child. However, as the study shows, children’s picture books are still perpetuating gender stereotypes rather than promoting children’s identities and rights to participate in the community and larger society regardless of gender or gender identity.

Since book characters provide role models and implicit definitions of masculinity and femininity for children, the content and illustrations in such books have a long-term influence on children’s gender development as they communicate cultural and social norms to children.

In addition, children’s biases can be increased by portraying gender bias in picture books. Other researchers have shown how “children’s books reinforce, legitimate, and reproduce a patriarchal gender system”. The cumulative effect of this can lower girls’ self-esteem as well as their occupational aspirations. Moreover, boys can develop a sense of entitlement and children can be led to believe girls are less worthy than boys. Thus, the children in this study are at risk of developing similar attitudes about their own gender identity and roles in society.

Few books might depict male and female characters in non-traditional occupations or exhibiting personality traits traditionally portrayed through rigid gender stereotypes. But then these were often aligned with binary characters or ungendered characters such as animals, or children described as “the child”. This could make children from families with gender-diverse members feel marginalised or excluded while reaffirming a notion of being “normal” to children from traditional cisgender families.

Another major implication of the findings was the lack of visible racial and ethnic diversity. The larger study from which the Australian data for this study was drawn found 99% of books shared with children in the Australian centres promoted monocultural, dominant cultural viewpoints and ideologies. Though more multicultural books were accessible to children in the US, the majority of the American educators noted these were mostly “in storage because they were used at precise times throughout the year which coincided with holidays, festivals, and events”. Similar to the Australian study, this suggests a tokenistic approach to the use of multicultural literature largely focused on a notion of “special” celebrations and festivals. As a result, children in the study who were from minority ethnic backgrounds were unlikely to see themselves reflected in the books, contributing to the invisibility or marginalisation of these children in the curriculum. Indeed, girls in the participating centres of this study who were also from minority ethnic backgrounds would be even less likely to see reflections of themselves or their own backgrounds, consequently contributing to further invisibility and marginalisation.

What Services And Educators Can Do?

Given the central role of children’s books in ECEC and the expectations of UN CRC and educational policies governing ECEC, it is crucial that educators and the sector as a whole consider and promote positive representations of gender identity. This can be done by:

Critically engaging with books. Given the current gender imbalance and portrayal of gender stereotypes in many children’s books, including those in this study, it is impractical to try and exclude all children’s literature containing stereotypes. Importantly, many of these same books have exciting storylines, strong characterisation, rich language and expressive literary devices besides portraying other positive messages for children. However, through the pedagogical use of a critical lens, educators can support children to engage critically with such material.

Indeed such critical engagement also aligns with EYLF Learning Outcome 5 – Children are Effective Communications and Element 5.2 - Children engage with a range of texts and gain meaning from these texts. Educators promote this outcome when they:

More in this category: « Loose Parts: A Guide For Educators   || 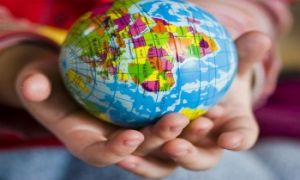 Examples Of How Diverse Cultures Can Be Incorporat…

Respect for Diversity is one of the main principles that underpin the Belonging, Becoming and Being:... 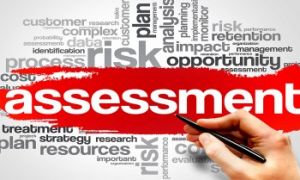 The approvals assessment process helps ensure all applicants, prior to approval, understand their responsibilities under... 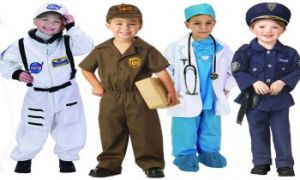 Pretend play is the acting out of stories by children that involves make-believe characters, emotions...