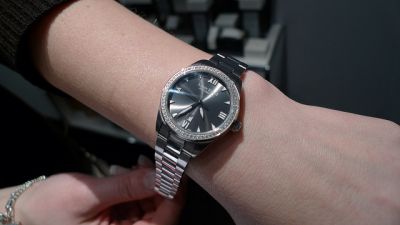 Is programming time included in your ordinary hours? Should you be paid overtime if a parent is running late to pick up a child? Staff meetings are compulsory, do you get paid?

These are some of the questions frequently asked by educators working in a childcare setting. It’s important that you are aware of your entitlements within the Children’s Services Award and the National Employment Standards (NES).

How are ordinary hours counted? Should I count lunch breaks?

Is paid programming time included as part of the 38 ordinary hours per week?

Yes. If you are an employee, responsible for preparing, implementing and/or evaluating a developmental program, by law you get a minimum of 2 hours per week to plan, prepare, evaluate and program activities. These 2 hours count as part of your ordinary hours.

Do staff meetings out of usual centre hour’s count for penalty rates/overtime if I have already completed my 8 hour shift for that day?

A parent is running late collecting their child…

If you a required to stay beyond your rostered hours because a parent fails to arrive on time to collect their child, this is not regarded as an emergency and should be treated as overtime.

Rostered Day off Falling on a Public Holiday

If your rostered day off falls on a public holiday, either of the following can occur:

Changes to your Roster

According to the Children’s Services Award, rostered hours will only be changed after 7 days’ notice has been given, unless by mutual agreement between you and your employer the notice period is waived, shortened or due to an emergency beyond control. In an absence of such notice, overtime will be paid until 7 days have transpired from the date notice was given.

When working as a full time employee, 38 hours per week, 7.6 hours per day, you’re entitled to:

When working as a part time employee, who works less than 7 hours per day, you’re entitled to:

Meal breaks must be uninterrupted. Where there is an interruption to the meal break and this is occasioned by your employer, over time will be paid until an uninterrupted break is taken. The minimum overtime payment will be for 15 minutes.

During your meal break if you are required to stay on the premises, you will be entitled to a paid meal break of not less than 20 minutes or more than 30 minutes. If you agree to leave the premises during a meal break, however, such time away from the premises will not be counted as time worked nor will payment be made for such.

If you are working an average of 38 hours per week but may work less than 7 hours on one day, you are still considered a full time employee. When working less than an average 38 hour week you will be considered part time.

All rest periods must be uninterrupted

Overtime will be paid at the rate of time and a half for the first 2 hours and double time thereafter.

Due to unforseen emergency circumstances where you are required to remain at work after your normal finishing time, you will be paid you ordinary rate. An emergency circumstance may include a natural disaster affecting a parent, educator or centre, death of a child or parents, a child requiring urgent hospitalization or medical attention.

You and you’re employer may agree that you will be provided with time off instead of being paid and overtime payment for all authorised work performed outside or in excess of the ordinary rostered hours, subject to the following:

All employees except casuals are entitled to paid sick and carer's leave.

As an employee, you can take paid sick leave when you can't work because of a personal illness or injury. This can include stress and pregnancy related illnesses. You can also take paid carer's leave to care for or support a member of your immediate family or household who is sick, injured or has an unexpected emergency.

How much paid sick and carer’s leave do I receive?

Sick and carer's leave comes under the same leave entitlement. It's also known as personal / carer's leave. As an employee you get:

When taking sick and carer’s leave you may have to give notice and medical certificates in order to get paid.

When working as a full time or part time employee you can also accumulate sick and carer’s leave during a year of work. It begins on your first day of work and is based on the number of hours you work. The balance at the end of the year carries over to the next year.

Sick and carer’s leave continues to accumulate when you are either on paid sick leave or annual leave. It doesn’t accumulate on periods of unpaid leave, such as unpaid parental leave.

All employees working in a childcare setting including casuals are entitled to 2 days of unpaid carer’s leave.

As an employee you receive 2 days unpaid carer’s leave each time your immediate family member or a household member needs to be taken care of and supported because of:

When working full time or part time, you are entitled to this when you don’t have any paid sick/carer’s leave left.

You can take unpaid carer’s leave:

Employees who have accumulated their paid sick leave can take this time off to get better from an injury, or illness. You cannot be fired because you’re sick (even if you’re on sick leave for a long period of time).

Sick leave for more than 3 months

If you have used all your accumulated sick leave, you’re on unpaid leave for longer than 3 months and you have been dismissed by your employer, the termination is not automatically unlawful.

The normal rules for a termination apply and you may dispute it by:

Annual leave allows you to be paid while having time off work. When working full time or part time you get paid 4 weeks of annual leave, based on your ordinary hours of work.

How does annual leave accumulate?

Even when you are on paid leave, including paid annual leave and personal leave, it still gets accumulated.

Annual leave does not accumulate on:

It’s a good idea to become familiar with these entitlements, especially on matters regarding breaks and annual leave. Even though you do have a time sheet at work, it’s also advisable to keep a record of the days you work, sick days, annual leave etc. just so you a copy for yourself.

The information provided in this article has been collected from the Children’s Services Award and the National Employment Standards. The entitlements mentioned, should be what you receive from your employer. Hopefully this helps you to gain a better understanding of what your rights are. 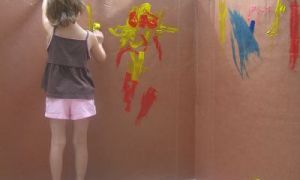 Painting Without A Paintbrush

In early childhood settings one of the most popular experiences that a child enjoys is... 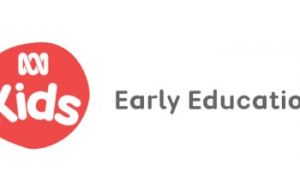 ABC Kids Content For Children Based On Approved Fr…

ABC Kids has a range of free content for Early Childhood Educators to use with... 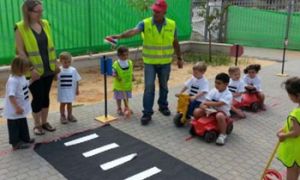 One of the most important concepts we can introduce to children is road safety. Road...