Senator Faces Backlash Over Comments Made About Child Care Workers 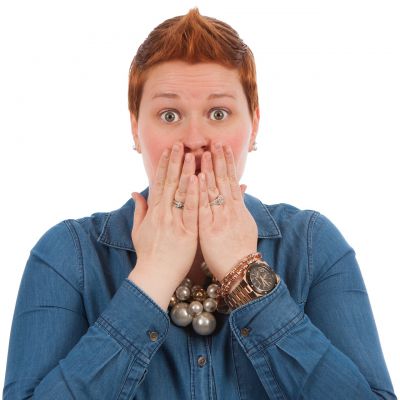 This morning, Senator Leyonhjelm went on Sunrise to face the backlash he had received over the comments he made during the interview on The Project.

Sunrise presenter Mon told Mr Leyonhjelm that he caused backlash overnight because he had described childcare workers as "wiping noses and stopping the kids from killing each other" and whether he stands by that view.

Kochie comments "that it is a poor way of expressing it. We understand the point the childcare costs are going up because of over regulation but to slam childcare workers like that is demeaning... you got to be embarrassed"

Mr Leyonhjelm responds "slam them, I didn't slam them, I've been verbaled, I said you don't need a certificate to do those things".

Mon comments "that childcare workers do so much more than that and the last time he went into a childcare centre and see what they have done and that it's such a tiny part of what they do, in their given day"

"Yes, but costs are going up, it's becoming unaffordable and the government is proposing to spend another $3 billion of borrowed money to subsidise childcare what's the cause of it, too much regulation" Mr Leyonhjelm explains.

In defence of David, Pauline Hanson comments "I've been a mother of 4 children, I didn't need a certificate or a qualification to raise my children as many other woman out there, mothers who are rearing their children and it does need to be investigated David is right, the rising costs, we cant afford it, nearly $4 billion a year for childcare and that's what we the tax payers and paying out. It needs an investigation"

This all began on Tuesday night on The Project, when Federal Senator David Leyonjelm described childcare workers responsibilities as "wiping noses and stopping the kids from killing each other".

Some of the suggestions he made in order to reduce the cost of childcare, was to cut back the required credentials of childcare workers, adding that woman didn't need training to take care of children.

“Apart from the fact you want to make sure there aren’t any paedophiles involved, you have to have credentials these days to be a childcare worker,” Senator Leyonhjelm said.

Senator Leyonhnelm said "a lot of woman just quit" because of the requirements of the National Quality Framework.

“And then they brought in this national quality framework and they had to go and get a ‘certificate three’ in childcare in order to continue the job they were doing – you know, wiping noses and stopping the kids from killing each other.”

"The ones who got certificate threes said, ‘  OK , I want more pay now that I’m more qualified’. All we did was drive up the cost because of this credentialism."

Senator Leyonhjelm maintained that workers did not need the credentials, saying there were no improvements in standards when the minimum standard of training was introduced..

Following the interview there have been thousands of comments and reactions from educators throughout Australia angered over the way the Senator has described the role of educators and how demeaning and disrespectful he was towards Early Childhood Education and Care.

As educators we stand together as a united front, with our heads held high, knowing that what we do makes a big difference in a child's life!

More in this category: « Water Beads High Risk To Children   ||   Upcoming Key Changes To The NQF For Early Childhood and OSHC Settings »