Not The First Time Toddlers Left On Childcare Buses 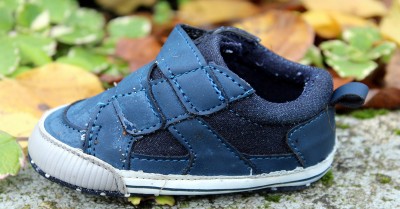 Image by _Alicja_ from Pixabay

With the sad news, of a child who had recently died on a Goodstart childcare bus in Cairns, last week,  in NSW another little boy was also forgotten inside a bus with severe dehydration for 6 hours. On the Gold Coast, a 15-month-old baby ended up in hospital emergency from also being left on the bus.

Last year, the toddler was forgotten inside an empty 12 - seater bus in Yass NSW on a 29-degree day. The bus driver only realised when he returned to the bus late in the afternoon. He was fined $4,500.

The NSW mother had allegedly met with the Departement of Education to report the incident but since the incident that occurred in February 2019, has not received any response till date.

On the Gold Coast, 2 years ago, a 15-month-old baby was also left on the bus only to be discovered by an Educator who had walked by the bus and heard cries.

The Gold Coast mother claimed her daughter had spent more than an hour alone on a childcare bus, also Goodstart, on a 32-degree day, and she now suffers from emotional and social anxiety as a result.

"This is not the first time this company has left a child on one of their buses with more cases coming to the surface," the Gold Coast mother said.

More than 600 people have signed a petition started by the Gold Coast mother calling for Goodstart's bus services to be shut down.

As police investigate the death on a 3-year-old child on a minibus in Cairns last week, the little boy was left on the bus while it was parked outside the Hambledon State School. 1.7km away from the Goodstart centre. It is alleged that the minibus was left unattended for several hours before the boy was found unresponsive at 3:00 pm.

The driver of the bus and the Educator who was also on the bus have been charged with manslaughter.

"There are no protocols, no guidelines. There's nothing [childcare centres] have to follow," the mother of the NSW toddler said.

Goodstart's CEO Julia Davidson said in a recent statement after the boy's death that the company is reviewing its safety policies after the tragedy.

Some of the key elements of our procedures include: Children are marked on a roll when they board, and a roll call is conducted at the end of each journey. Our drivers are also expected to walk through the bus and check that it is empty.