Childcare Centre Fined After Baby Girl Gets Bitten By Another Child 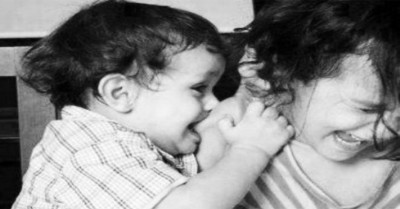 A Perth childcare has been fined $10,000 after a 10-month child was bitten all over her body by another child while unsupervised at the centre last year.

"That was when the lead educator noticed small amounts of blood on the first child's face and saw scratches," the judgement read.

"Two parts of an earring were found in the cot and the lead educator assumed that this had done the damage."

First aid was given to the child, with antiseptic wipes and a cold, wet cloth applied to areas of broken skin.

Staff sent a text message with photos of the child to the centre manager, who had left for the day.

The girl's uncle came and got her about 45 minutes later and took her to a GP. On the advice of the doctor, she was then taken to Princess Margaret Hospital. Doctors observed, "multiple abrasions to her right ear, abrasions and/or bruises to her left cheek, right cheek, left temple, right forehead, chest, left arm, back, buttocks, right leg and left foot".

It was later found the injuries had occurred because the second child, who had been found in the girl's bed, had bitten her all over her body while unsupervised in the cot room.

When this was discovered, the second child was monitored closely by a shadow educator – but just two days later, she bit another child and had her enrolment immediately cancelled.

Following the incident, the lead educator was demoted to a qualified assistant role, and given counselling about her role in the incident. She was given both a verbal and written warning, and a staff meeting was held to agree on measures preventing any similar issue in the future.

The measures were extensive, and included a determination cots would now have to stay a certain distance apart, sleep checks would be made more frequently - going from every 15 minutes to 10 minutes - and an educator would need to stay in the cot area when there was a child in the area. Despite the significant measures taken by the childcare following the incident, it has been ordered to pay $10,000 for breaching the Education and Care Services National Law (WA) Act 2012.

The State Administrative Tribunal found Circle of Friends Childcare and Early Learning Centre had failed "to ensure that all children being educated and cared for by the service were adequately supervised" at all times during a mediation hearing on February 19.

They were given 28 days from February 19 to pay the fine.

For young children, biting is a common occurrence and it can be caused by a number of factors including to express frustration, unable to communicate their needs, a way to get attention, a way of exploration and more.

For children that bite in the room, strategies need to be taken to ensure that other children don't get hurt. This includes shadowing. Shadowing is an educator being in the presence of the biting child at all times and stopping the biting before it occurs. Educators must also collaborate with the child's parents on solutions and approaches to stop the biting both in care and at home. Since this is typical behaviour for young children, they don't understand that their bites are painful and it hurts the other child. It's the Educator's duty of care to closely observe young children or unfortunately an accident like this will occur.

More in this category: « Tooth Brushing Lessons To Be Introduced To Children In Childcare   ||   Only 10% Of Children Under 2 Meeting Dietary Guidelines »