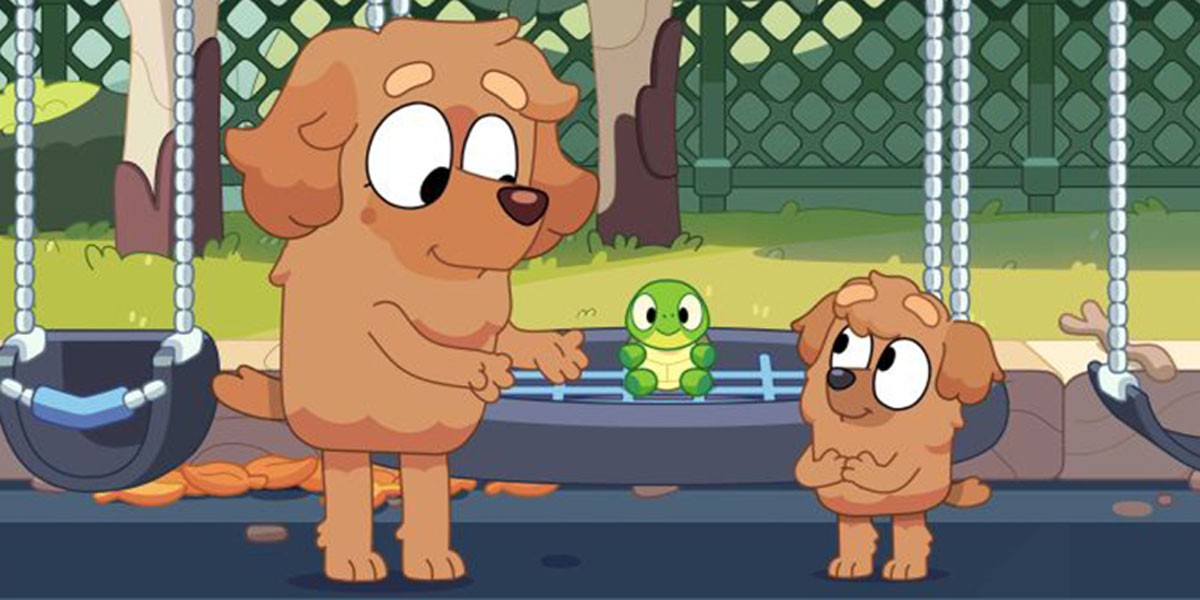 In a Bluey first, Auslan was featured in a Bluey episode. Dougie’s conversation with his mother in Auslan is a critical part of the episode as it shows the power of natural communication between parent and child.

We've been given an additional layer of Turtleboy's significance in this Bluey first. Dougie, a newcomer who is modelled on a cavoodle, uses Auslan to communicate with his mother.

It took a lot of skill for Ludo Studio to bring this delightfully inclusive episode to life with sixty-two Auslan handshapes and numerous more signals made by writing letters on fingers or palms.

Being able to watch a Bluey episode with a deaf character helps deaf youngsters learn that being deaf is a positive trait. The talk Dougie had in Auslan with his mother during this episode is crucial because most deaf children in Australia are born to hearing parents. It demonstrates the effectiveness of parental and child natural communication.

Ludo worked with consultants from Deaf Connect, Australia's largest supplier of whole-of-life support for the Deaf, hard-of-hearing, and deafblind populations, to accurately recreate each Auslan conversation between Dougie and his mother.

Auslan has become more visible on television in recent years thanks to appearances at COVID press conferences, flood emergency broadcasts, and the popularity of TV sitcoms like Sally & Possum. This has increased interest in studying Auslan. This is demonstrated by the rise in the number of institutions that teach Auslan as a second language as well as the interest in and enrollment in sign language lessons that are offered both in-person and online throughout Australia.