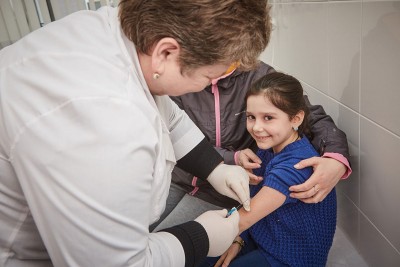 For NSW children, from April 2018, children from 6 months to under 5 years will be offered free influenza shots.

The NSW Government has announced a $3.5M program in 2018 to provide influenza vaccine to all children in NSW aged from six months to under five years of age who are not currently eligible for influenza vaccine under the National Immunisation Program.

As of April 2018, the following local councils will be offering free influenza vaccine for children aged 6 months to less than 5 years:

The National Health and Medical Research Council (NHMRC) advises that infants and children younger than five years of age, and especially those under three years of age, are more likely to get severe flu infections that require hospitalisation than older children, and sometimes these can be fatal. In the 2017 flu season in NSW two children under five years of age died from flu and over 640 flu-related deaths were reported in other age groups.

Young children with flu are more likely to spread the infection to others. By protecting them we can also help protect other vulnerable people in the community, including babies too young to receive a flu vaccine (less than six months) and the elderly.

The flu shot will reduce your child’s risk of influenza (flu), minimise the spread of flu and protect vulnerable groups including babies too young to receive the vaccine, those medically at risk and those with weakened immune systems.

More in this category: « Crackdown On Loophole For Sex Offenders Obtaining Working With Children Checks   ||   Educators Have Increased Risk Of Contracting Diseases »