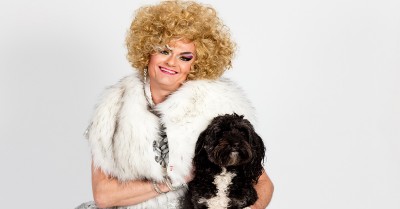 In public libraries across Sydney, drag queens are reading books to preschool children to promote diversity and inclusion.

Supporters of the storytelling session claim the public readings promote open-mindedness, critics such as New South Wales Upper House MP Mark Latham have hit out at their 'inappropriate' nature.

Fellow drag queen entertainer Charisma Belle, another well-known proponent of the scheme, told The Daily Telegraph the events were there for children 'unable to express themselves properly'.

"Drag storytime is about opening a dialogue between parents and their children. Part of my job as a drag performer is to educate and challenge the misinformation that is spread about my community".

Mr Latham, One Nation's NSW state leader has expressed his concern the events serve as a 'backdoor' for the Safe Schools campaign - which pushes for greater inclusion for LGBTI students.

"Given the way the drag queen program is pushed in municipal libraries, it's highly appropriate for the Education Minister to issue a general directive through NSW schools they must not be part of school libraries," he said.

Negative feedback ranged from those who accused the central library where it was held of spreading 'propaganda' and 'sexualising children'.