Changes to the Children’s Services Award 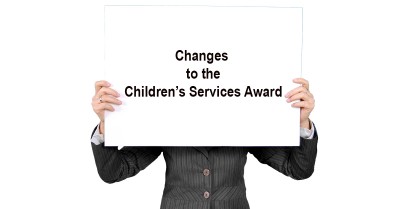 Image by Michal Jarmoluk from Pixabay

As part of it's Modern Award Review, the Fair Work Commission, has varied the payment of wages on termination clause in the Children's Services Award.

Employers are now required to pay an employee's wage and all other entitlements within 7 days of their employment ending.

In the Children's Services Award, as of 09 August 2019, the following clause has been varied:

19.3 Payment on termination of employment

(a) The employer must pay an employee no later than 7 days after the day on which the employee’s employment terminates:

(i) the employee’s wages under this award for any complete or incomplete pay period up to the end of the day of termination; and

(ii) all other amounts that are due to the employee under this award and the NES.

(b) The requirement to pay wages and other amounts under paragraph (a) is subject to further order of the Commission and the employer making deductions authorised by this award or the Act.

Note 1: Section 117(2) of the Act provides that an employer must not terminate an employee’s employment unless the employer has given the employee the required minimum period of notice or “has paid” to the employee payment instead of giving notice.