Celebrate Pirate Day On Friday 14 May 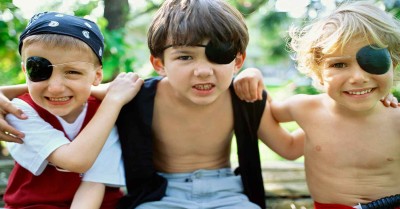 Pirate Day is on Friday 14 May. It is an annual national day of dressing up like a pirate to raise awareness and much-needed funds for childhood brain cancer.

Encourage children and Educators to dress up like Pirates for the day. Wear stripes and an eye patch and engage in a variety of pirate related fun to raise awareness for childhood brain cancer.

If You're A Pirate and You Know It

The Day I went to Sea

Register your Pirate Day festivities and grab a gold coin donation from families to support brain cancer research. Money raised this year will be directed to Dr Raelene Endersby, Co-Head, Brain Tumour Research at Telethon Kids Institute. The team have recently received a grant from The Kids’ Cancer Project for a scientific collaboration. This will include a number of groups around Australia and the United States.