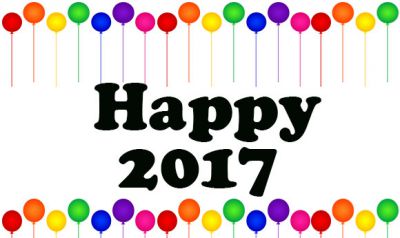 To All Our Users,

We would like to wish each and every one of you a happy and prosperous 2017!

A new year brings a fresh start and this is a great opportunity for you to make a positive difference for yourself in 2017. Whether it will be deciding to study, changing your job, opening up your own FDC service etc., the New Year is a great time to put your plans to action and go for it!

It's been a great year for us here at Aussie Childcare Network, designing templates to make your documentation simpler and professional, creating Resources to use while you're developing the children's learning, sharing informative articles with you and keeping you updated on the latest industry trends.

Let's take a look back on what made headlines over the past year:

One of the biggest stories to hit early childhood services this past year was Corruption in Family Day Care. Over the past 2 years where corrupt family daycare providers had defrauded taxpayers of more than $1 billion through systemic rorting. More than $8 million in assets had been seized in Australian Federal Police operations since December, including one raid in Lakemba in Sydney's west in which two young men are suspected of using some of the $27m in taxpayer funds in aid of Islamic State.

Many FDC educators were worried and upset once this news broke as this put FDC settings in jeopardy, causing concerns for parents using FDC services. The Government are still trying to find ways to regulate FDC to stop individuals rorting the system.

State governments throughout Australia introduced a No Jab No Play legislation. Giving early childhood settings rights to exclude children who have not been vaccinated or had not provided acceptable documentation for vaccination. This legislation angered those parents who don't immunise their child by choice.

On a positive note, the Australian Government announced $5.9 million to make Early Learning Languages Australia (ELLA) program nationally available to all preschools in 2017. This encourages services to introduce a foreign language to preschool children. In NSW, the Government also announced $24 million available for early childhood settings (LDC) to support the delivery of preschool programs.

Throughout the year there had been a couple of health outbreaks in states across Australia affecting children in childcare. One of the most serious cases was a gastro outbreak in Sydney where 4 children was hospitalised from the same centre after contacting gastroenteritis. As for dangerous toys, the Australian Competition and Consumer Commission put out a warning for Water Beads and their potentially deadly risk they pose to children if they were swallowed.

Lastly, our most popular news of the year was the annual 2.4% wage increase for educators announced by the Fair Work Commission in July 2016. The wage increase seems to be an annual occurrence and we will keep you informed and updated if it takes place in 2017.

We have something very exciting for you in 2017:

Looking forward to 2017, we do have such an exciting venture that we are bringing to you! Over the past 4 years we have been working on an App for documentations and within the next couple of months we will be able to finally release it.

Our App has been designed with consideration to the needs of educators and parents. It can be used on any platform from mobiles, tablets, laptops etc. and consists of pre designed templates (learning stories, curriculum plans, observations, daily dairies), linking to the EYLF, MTOP, NQF, VEYLF, NQS etc. As well as the flexibility to create and customise your own templates.

We have also included a parent portal where each family has their own profile and access to view their child's documentation and photos, comment and like their child's assessments, with live notifications.

We have some of the most advanced features which will make your app experience flawless and easier, which has not been seen in previous Apps currently available. With our App it gives you unlimited flexibility and freedom. You can create anything you want and document exactly the way you want it!

Over the coming months we will be updating and providing you with more information. We are so excited and very eager to get this out to you as we are immensely proud of what we have created and can't wait to finally be able to share all our hard work and efforts with you! I'm sure you will be pleasantly surprised! Stay tuned!

As we begin the New Year, I would like to say a heartfelt thanks to you. We are deeply thankful for your continued support throughout the year and we look forward to the year ahead.

Much appreciated and deeply obliged!

Tweet
Published in General News
More in this category: « 50% Off - End Of Year Sale   ||   Our Documentation App For Educators Is Coming Soon »