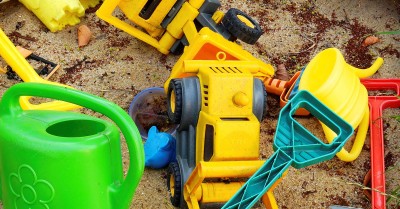 Investigations uncovered in April 2018 by ABC, found that in the past five years, more than a dozen people convicted of child sex crimes, rape, obscene exposure and assault had obtained a working with children check through successful appeals to VCAT.

The appeals have included a child abuser who police caught with a half-naked boy in the back of his car on a busy Melbourne road, a man who raped a 13-year-old girl, and a serial public masturbator who once chased his victim.

Opposition leader Matthew Guy has pledged if the Coalition wins the November election, this loophole will be closed by narrowing the scope for VCAT to allow registered offenders from gaining the check and his government would introduce "a simple no" to certain people ever getting a check.

Under the law, people on the sex offenders register and those who are being monitored for serious sex offences are excluded from appealing against refusals to give them a working with children check.

But those convicted of sexual crimes who do not appear on the register are not subject to the same exclusions.

Overturning the decisions are based on legal tests like whether a "reasonable person" would let their child have direct contact with the person in a working context, whether the applicant poses an "unjustifiable" risk to children, and whether a check is in the public interest.

VCAT also considers how serious the crime was, how long it has been since the offence and how it relates to child work.

More in this category: « Educators Talking Less To Babies and Toddlers In Their Care   ||   NSW Offering Free Flu Shots For Children 6 Months to Under 5 years »