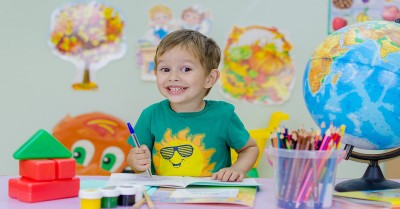 Image by Михаил Мингазов from Pixabay

To help kids prepare for 'big school', Australian children from QLD, as young as three will be able to start primary school as part of a new pilot program KindyLinQ.

KindyLinQ is a pilot program which will be trialled across 40 Queensland schools in 2020 and will prepare young children for kindergarten. Sessions will run for about six hours a week and will include indoor and outdoor play, music and rhymes alongside developing their social skills.

The State Government's Education Minister Grace Grace said KindyLinQ will be beneficial for young children as they enter school life.

This 12-month, specially designed program will really help some of our very young Queenslanders develop the essential basic skills needed.'

Ms Grace said the trial would be free for families in the selected schools.

KindyLinQ was created after concerns some children starting primary school lacked the skills needed to perform well such as not socially developed properly, can't use the bathroom by themselves and struggle to open their lunch box.

The first 25 Queensland state schools to offer KindyLinQ in 2020 include:

An extra 15 schools are expected to be added to the program pilot during the 2020 school year.

After the trial is complete, an evaluation of the program will be conducted to determine its future and whether it will expand to other states.