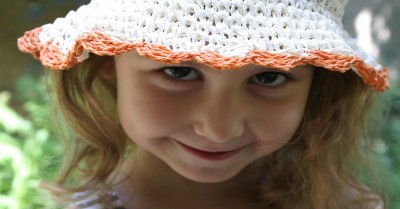 Image by Angyalimosoly from Pixabay

Logical consequences happen as a result of the child's own actions and from choices they make about their behaviour.

Enabling a child to experience consequences for their behaviour help children to understand what happens because of their own choices.

When a child displays undesired behaviour, it's important to try and figure out why. Children usually misbehave for these reasons:

Once you understand why the child is misbehaving then the correct action can be taken.

Lincon was playing outside with his truck. It was almost time to go to school. Mum gives him a 5-minute warning to finish with his play and put the trucks away. Lincon kept on playing because he was having fun. When mum said "one minute left" the trucks were still all outside and it was time to go.

Paying no attention to his Mother is a great way for Lincon to gain power and get attention.

2. Decide whose problem it is.

Some problems are the child's alone. When this is the case, it's often best simply to let whatever will happen, happen. As long as the consequences are not dangerous, don't interfere. This is a natural consequence.

If Lincon were playing outside when it began to rain and he would not come in, he would get wet. The natural consequence would be the discomfort of being wet from the rain.

When Lincon will not put his trucks away, his mother has the problem. Mom really needs Sam to put his trucks away before going to school. They live in an apartment where there are lots of children and the trucks might not be there when he returns from school in the afternoon. Lincon needs to be more responsible for his toys. In this case, it's time to use a logical consequence.

When a child has to do something or behave in a certain way, the best way is to offer a choice. Make sure any choice you offer is one you can live with and does not harm the child.

“Lincon, I need you to pick up the trucks right now. If you don't they will have to be put away until tomorrow. I know you will want to play truck when you come home from school. That won't be possible unless you put them back in the house now. It's your choice.”

It's important to keep in mind that a logical consequence comes from the child's decision.

If the child chooses a consequence, follow through with it and be consistent. This is very important when you begin using this technique. A child used to get their way through misbehaviour may try to do the same thing when choosing a logical consequence.

Lincon continued playing. Mum said, “All right, I can see you have decided not to play with your truck this afternoon.” Mum removed the truck and put it in the cupboard that Lincon could see. He began to cry. Mum remained calm and reminded Lincon that he had made a choice.

5. Talk to children about choices in a positive way.

A choice given as a way to get something is far more appealing to a child than a warning. The actual consequence is probably the same, but a power struggle is avoided because it is positive rather than threatening.

Lincoln's Mum might have rephrased her words to something like "Lincon, I want you to be able to play with your truck later. Let's bring it into the house right now so you can play with it when you come home from school. I know you really like this truck, but if you leave it out here, it might disappear as the blue one did.”

6. Let the child know when they have done something good.

As soon as a child corrects their behaviour, let them know you think it's great. All of us respond better to praise than to criticism. Sometimes it's the only way a child knows they have met your expectations.

A couple of days later, Lincon was outside playing with his truck again. Now, Mum had to go shopping and asked him to put the truck back in the house. Lincon ignored her for a minute, but when Mom reminded him that he was responsible for making sure the truck didn't disappear, Lincon picked it up and walked toward the door. Mum said, “Wow, I really like the way you're taking care of your truck. I'm proud of you!”

7. If possible, let the child help decide the consequence.

Because the problem is the child's and they are in charge of the choices they make, it's a good idea to ask them what they think a good consequence might be. This makes it more likely that the child will do what you ask. And if they choose not to do it, they were the one that decided what the consequence would be.

Lincon and Mum were discussing what might happen if he didn't bring in the truck from outside. Sam understood the reason and said that it might be taken away by another child if it were left outside. Mum mentioned t how it would be hard to buy another truck right now because it costs a lot of money. Lincon said that if the truck disappeared, he might be able to help buy a new one with some of the money he got for his birthday. They both agreed that the best solution was to bring the truck in whenever Sam wasn't playing with it.

Children can often come up with better consequences than their parents when given the chance.

Four-year-old Sammy spills his milk, as he’s trying to pour it from one glass to another after you have asked him not to do that.

Three-year-old Lauren hits her brother because he’s using the toy she wants to play with.

Six-year-old Polly has made a big mess. There are blocks and books and toys strewn all around the living room. 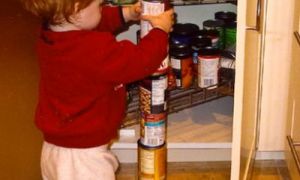 Autism is a disorder of neural development characterized by impaired social interaction and communication, and... 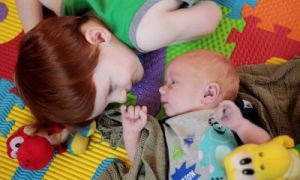 Social and Emotional Development for Infants 0-12 …

Infants begin to develop trust when parents begin to fulfil their needs. Such as changing... 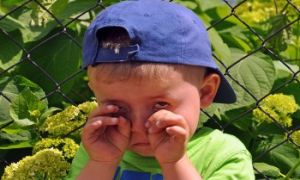 Talking To Parents About Their Child's Behaviour I…

It's always difficult to bring up behavioural issues with parents, it can be nerve wrecking...