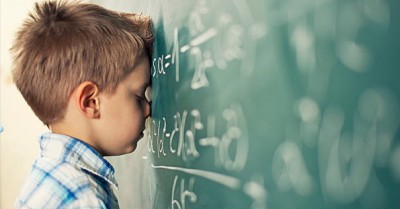 It is not uncommon for educators to confide that transitions tend to be the most difficult time in a typical ECEC day. At such times children often display or increase the intensity of challenging behaviours like non-compliance, aggression, biting, and so on. The following provides strategies for dealing with toddler and preschooler's difficult behaviour during transitions.

Too Many or Inconsistent Transitions

If you find lots of children are showing challenging behaviour like non-compliance, shouting or snatching away toys and materials from peers during transitions, it is likely that there are just too many changes over the day. Keep transitions to a minimum and always give children ample warning when they need to finish something. The cues do not have to be related to time since children are not dictated by the clock – “It's almost eleven, we have put away our blocks now”. Instead, offer them a sense of what is coming next. For example, children will begin to wear their hats on their own after lunch if outdoor play routinely follows lunch. Be flexible about the time scheduled for experiences and allow for longer play experiences when their interest is high

Being exposed to too many transitions over the day also increases the chances of inconsistent transitions, leaving children unsure of what to do next and thus doing nothing at all or ignoring what they are being asked to do. For instance, a school-age child who goes from school to outside school hours care may find that in the school, children must remain seated during snacks until all children are finished eating while at outside school hours care, individual children may leave the table and look at a book while other children finish. Even within the same service, different educators implement routines differently on different days. For example, on some days children wash their hands, then get their placemats for a snack; and on other days they get their placements first and then wash their hands. In such cases, it is important for educators to collaborate with each other and if need be even across services so that information is shared and inconsistencies are minimised. Though there might be some flexibility to cater to children with differing interests, on the whole, it is important to have some level of routine to support children through transitions.

Transition, entirely unexpected, thrust on children are among the most stressful, not just for the little selves but families. For example, a child may suddenly him/herself moved to a new room on account of reaching a certain age, based on the centre's policy to move children up after their birthday. This can lead to disruptive behaviours like crying, running away and refusing to engage with the educator or children in the new room. During transitions between rooms, children should be gradually introduced to their new environment and educators. Educators should hand over and receive information about the child so that the young one’s needs, strengths and interests are kept in mind when developing activities and to make the child feel secure. It is also important for educators to keep in mind that some children need more warning than others that a change is about to occur. The service might support such a child by making it possible for an educator to move with him/her or a group of children to the next room so as to maintain consistency.

Transitions Too Short or Too Long

Among the most common behavioural issue related to transition is non-compliance. This mainly happens when educators do not give children adequate or clear instructions that an activity is about to end as a result of which children are not ready to stop doing what they are doing. Other than ignoring instructions, children may also start screaming, throwing toys and hitting others.

The most effective way to guide children through such behaviours is to plan transitions well in the advanced day so that children have a sense of what is going to happen and when and how they can be involved. For example, before lunch, remind the children that they have ten minutes or so before they will be packing up and getting ready for lunch. Get children involved in planning transitions like putting up cards on a visual board that labelled photos of packing up, washing hands and setting the table that children can do together.

Also check if transitions are taking too long – for example when washing hands in a large group, if children spend too much time waiting with nothing to do, then there might be frayed tempers, hitting out, particularly when almost everyone is hungry and tired. Plan orderly transitions, in smaller groups so that children are neither rushed, nor dawdling about. Most importantly, use a calm voice and manner so that you can model unhurried ways to go through transitions.

Imagine a child engrossed in bright pictures of a favourite book when they are suddenly interrupted by an educator saying that in another five minutes, it will be time to pack up and wash their hands. The child may respond by ignoring the transition or even resisting when the time is up. In such cases, despite giving children timely warning, transitions are difficult because children are not motivated for, in need of, or interested in the next activity. Educators can address such issues by offering children choices based on their interests, strengths and abilities or by making transition experiences fun like singing a song during clean up, or hopping on one foot to come in from outside.

Some children may have a difficult time with transitions because they have additional needs. For example, children with an autism spectrum disorder often have difficulty coping with change in their environment or their carer; likewise, some children may have delayed communication skills or take longer than their peers to process information. If these children are subject to too many transitions or a barrage of instructions, they may act out, get disruptive with other children or not do anything at all out of sheer inability to understand what they are expected to do. In order to guide them better, educators can use visual cues such as holding up a backpack to signal that it is time to go home.
Daily transitions can be a site of new learning and experiences as much as disruptive or challenging behaviours. It is important for educators to explore all the possible reasons why a child may be having a difficult time and then identify strategies to support them during such early childhood transitions.

More in this category: « Talking To Parents About Their Child's Behaviour Issues   || 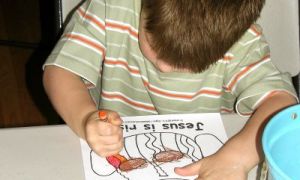 Your child is about to enter one of the most important parts of their lives... 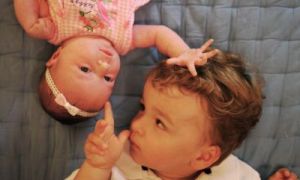 You just arrived home with your new baby and now you can begin the new... 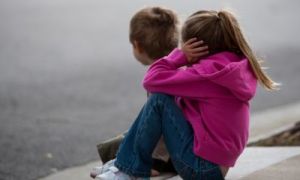