A pregnancy test attempts to determine whether or not a woman is pregnant. Modern pregnancy tests look for chemical markers associated with pregnancy. These markers are found in urine and blood, and pregnancy tests require sampling one of these substances. The first of these markers to be discovered, human chorionic gonadotropin (hCG), was discovered in 1930 to be produced by the trophoblast cells of the fertilised ovum (blastocyst). While hCG is a reliable marker of pregnancy, it cannot be detected until after implantation: this results in false negatives if the test is performed during the very early stages of pregnancy. Obstetric ultrasonography may also be used to detect pregnancy. Obstetric ultrasonography was first practised in the 1960s; the first home test kit for hCG was released in the mid-1970s.

The test for pregnancy which can give the quickest result after fertilisation is a rosette inhibition assay for early pregnancy factor (EPF). EPF can be detected in blood within 48 hours of fertilization. However, testing for EPF is expensive and time-consuming.

Most chemical tests for pregnancy look for the presence of the beta subunit of hCG or human chorionic gonadotropin in the blood or urine. hCG can be detected in urine or blood after implantation, which occurs six to twelve days after fertilization. Quantitative blood (serum beta) tests can detect hCG levels as low as 1 mIU/mL, while urine tests have published detection thresholds of 20 mIU/mL to 100 mIU/mL, depending on the brand. Qualitative blood tests generally have a threshold of 25 mIU/mL, and so are less sensitive than some available home pregnancy tests. Most home pregnancy tests are based on lateral-flow technology.

A systematic review published in 1998 showed that home pregnancy test kits, when used by experienced technicians, are almost as accurate as professional laboratory testing (97.4%). When used by consumers, however, the accuracy fell to 75%: the review authors noted that many users misunderstood or failed to follow the instructions included in the kits. Improper usage may cause both false negatives and false positives.

False negative readings can occur when testing is done too early. Quantitative blood tests and the most sensitive urine tests usually detect hCG shortly after implantation, which can occur anywhere from 6 to 12 days after ovulation. Less sensitive urine tests and qualitative blood tests may not detect pregnancy until three or four days after implantation. Menstruation occurs on average 14 days after ovulation, so the likelihood of a false negative is low once a menstrual period is late.

Ovulation may not occur at a predictable time in the menstrual cycle, however. A number of factors may cause an unexpectedly early or late ovulation, even for women with a history of regular menstrual cycles. Using ovulation predictor kits (OPKs), or charting the fertility signs of cervical mucus or basal body temperature give a more accurate idea of when to test than day-counting alone.

The accuracy of a pregnancy test is most closely related to the day of ovulation, not of the act of intercourse or insemination that caused the pregnancy. It is normal for sperm to live up to five days in the fallopian tubes, waiting for ovulation to occur. It could take up to twelve further days for implantation to occur, meaning even the most sensitive pregnancy tests may give false negatives up to seventeen days after the act that caused the pregnancy. Because some home pregnancy tests have high hCG detection thresholds (up to 100 mIU/mL), it may take an additional three or four days for hCG to rise to levels detectable by these tests – meaning false negatives may occur up to three weeks after the act of intercourse or insemination that causes pregnancy.

Spurious evaporation lines may appear on many home pregnancy tests if read after the suggested 3–5 minute window or reaction time, independent of an actual pregnancy. False positives may also appear on tests used past their expiration date.

A woman who has been given an hCG injection as part of infertility treatment will test positive on pregnancy tests that assay hCG, regardless of her actual pregnancy status. However, some infertility drugs (e.g., clomid) do not contain the hCG hormone.

Pregnancy tests may be used to determine the viability of a pregnancy. Serial quantitative blood tests may be done, usually 2–3 days apart. Below an hCG level of 1,200 mIU/ml the hCG usually doubles every 48–72 hours, though a rise of 50–60% is still considered normal. Between 1,200 and 6,000 mIU/ml serum the hCG usually takes 72–96 hours to double, and above 6,000 mIU/ml, the hCG often takes more than four days to double. Failure to increase normally may indicate an increased risk of miscarriage or a possible ectopic pregnancy.

Ultrasound is also a common tool for determining viability. A lower than expected heart rate or missed development milestones may indicate a problem with the pregnancy. Diagnosis should not be made from a single ultrasound, however. Inaccurate estimations of fetal age and inaccuracies inherent in ultrasonic examination may cause a scan to be interpreted negatively. If results from the first ultrasound scan indicate a problem, repeating the scan 7–10 days later is reasonable practice. 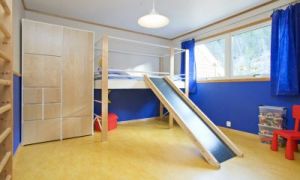 Making The Transition To A Bed

Is your toddler too big for their crib? Are they constantly trying to climb in... 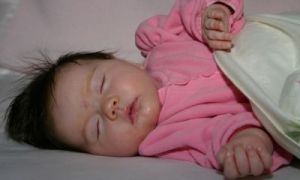 Sleep is a universal need and it's not just you who ends up frustrated and... 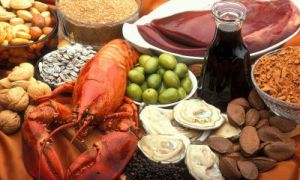 Iron is needed to make red blood cells, which carry oxygen around the body. It...