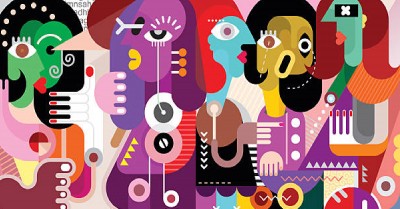 Considered one of the greatest artists of the 20th century, Pablo Picasso is famous for a style of painting known as Cubism. As opposed to traditional art which depicts three-dimensional figures as they might appear to a human eye – for example, the back of a human figure’s head or rear side of a house not being visible – cubism strove to represent all sides of a figure, often by breaking it up and re-assembling it in abstract and geometric form. Here are a few ways that you can explore Pablo Picasso with your learners in early childhood settings.

Encourage young learners to make a self-portrait in the manner of Picasso.

Materials required for this art are just white paper, a black crayon and a bunch of colourful crayons. Start by having children use a black crayon to draw a big “face” on the paper but what makes this really fun is that it need not be round or oval – rectangle, square, pentagonal, quadrilateral - anything really goes. Now let them draw two eyes on the “face” shape – except horizontally placed next to each other as in real faces! This can in effect mean one eye standing upside down and the other horizontal as in ‘normal’ images. Encourage kids to have fun thinking of eyes in different sizes or even shapes like round and wavy instead of oblong/oval eyes. Similarly, let them add a nose and lips wherever they want within the face shape and make it look however they want to. Ears too can be in different sizes and placed in different places on the outer outline of the head. Think of really weird hair to add and wrap up the drawing bit by filling up the background with small patterns like fish scales, stars or tiny infinity signs. Finally, it is colouring time and lo, their Picasso inspired self-portrait is ready!

Start with a sheet of blank white paper and then let kids think for a moment about what they would like to draw – like a butterfly, an apple or a tree. Have kids draw their desired image on the white paper and then tell them to use a ruler to draw lines straight through the picture. Your learners are probably going to be shocked at this but once the idea settles in, let them have fun crisscrossing the paper with ruled lines – a mix of vertical, horizontal, diagonal, slanted – any which way they want. The ultimate idea is to get the picture split into many different pieces. Just avoid drawing the ruled lines too close together which would result in overly small geometric shapes. After children are done drawing rules lines, have them take a black permanent marker to trace all the lines – ruled as well as the outline of the picture they had drawn, to begin with. Next, have children divide their pastel crayons into warm and cool colours – the former would include yellows, oranges, peaches and reds while the latter would include greens, blues and some purples. They can then colour different sections of their picture – which would be the butterfly or apple – with various warm colours. Similarly, have them colour the sections made on the rest of the sheet with the cool colours. This result not only incorporates the geometric shapes associated with Cubism but also the hues of Picasso’s famous Blue and Rose phases before he went on to use Cubism. 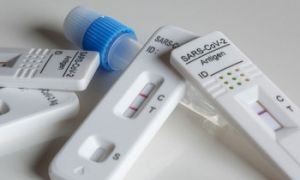 NSW Health has advised that people who are symptomatic or are household contacts of a... 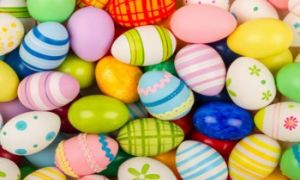 Easter is coming closer to us. So, to continue the tradition of dyeing Easter eggs... 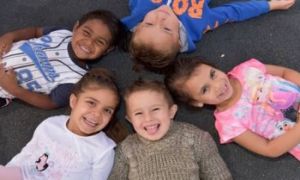 An Acknowledgment of Country is a way of showing respect for the Traditional Owners and...