Educator To Child Ratios Could Be Scrapped And Qualifications Relaxed 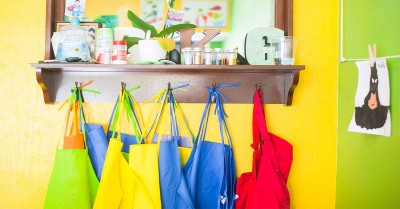 Staff-to-child ratios could be scrapped and Educator qualifications relaxed after a Senate report questioned the evidence for stringent regulation within the early childhood industry.

In a report, revealed last week, the Senate committee noted that the evidence around each ­requirements was dated and questionable, stressing that the alternative to formal childcare was children remaining at home “with their parents who usually have no formal qualifications in early childhood education”

The Senate select committee has called for a review into the National Quality Framework, which oversees both staffing ratios and qualifications, to guarantee “they appropriately ­reflect the evidence base”.

Senator Leyonhjelm said: “The committee acknowledges there is a rationale for imposing staff ratios and qualifications but is not convinced the current policy settings are correct. There is evidence that quality childcare is of genuine benefit in the case of children in dysfunctional households … but we seem to have lost sight of the fact that quality costs money. Raising standards beyond those needed to ensure the safety, comfort and happiness of the children costs money.”

Mitchell Institute director Megan O’Connell said the report had disregarded “mountains of evidence showing quality educators can change the course of young children’s lives”. “If there was any question that (early childhood education and care) is still thought of as daycare for parents instead of important education for children by some in the Senate, those concerns have been confirmed,” she said.

The report documented the Productivity Commission’s 2014 investigation into the sector, which found a lack of proof made it “impossible to tell whether they (staff-to-child ratios) have been set at appropriate levels”.

Ratios for centre-based services range from one educator for every four infants under 24 months, one to five for children aged 24 to 36 months, and about one to 10 for older preschoolers. Education Minister Simon Birmingham said states and territories were responsible for regulating childcare services but the government would consider the report and its recommendations.

More in this category: « Turn Taking Conversations With Children Aids Their Brain Development   ||   Phonics Lessons Should Be Implemented For Preschool Children »