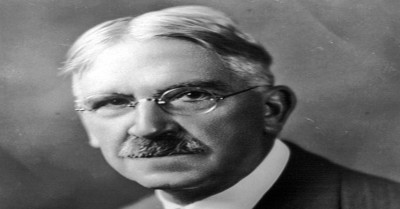 John Dewey saw learning as lifelong and that educators need to not only teach skills and knowledge but also help children to live and exist in our society.

He believed that children need to interact with other people, work both alone and cooperatively with their peers and adults.

John Dewey (1859-1952) was an important American thinker and visionary. Dewey contributed many ground breaking and significant ideas about the state of education. He was a great advocate of progressive education, and his theories are still relevant and important in today's classrooms.

John Dewey is often seen as the proponent of learning by doing – rather than learning by passively receiving. He believed that each child was active, inquisitive and wanted to explore.

Dewey on The Curriculum

He believed in an interdisciplinary curriculum, or a curriculum that focuses on connecting multiple area, where children are allowed to freely move in and out of their environment as they pursue their interests and construct their own paths for acquiring and applying knowledge. The role of the Educator in this setting would be to serve more as a facilitator than an instructor. In Dewey's view, the Educator should observe the interest of the children, observe the directions they naturally take, and then serve as someone who helps develop problem-solving skills.

Dewey advocates that broader curricular programmes are needed and emphasis should be placed in the total development of the person as being equally important as the intellectual and the academic.
The Educator is a guide and director he steers the boat, but the energy that people it must come from those who are learning. The more the Educator is aware of the past experience of children of their hopes, desires, chief interests the better will be.
The Educator is engaged not simply in the training of individuals but in the formation of the proper social life.

John Dewey is probably most famous for his role in what is called progressive education. Progressive education is essentially a view of education that emphasizes the need to learn by doing. Dewey believed that human beings learn through a 'hands-on' approach. This places Dewey in the educational philosophy of pragmatism.

Pragmatists believe that reality must be experienced. From Dewey's educational point of view, this means that children must interact with their environment in order to adapt and learn. Dewey felt the same idea was true for Educators and that Educator's and children must learn together. His view of the learning environment was deeply rooted in democratic ideals, which promoted equal voice among all participants in the learning experience.

Dewey's approach was truly child-centred. A child-centred approach to education places the emphasis of learning on the needs and interests of the child. In Dewey's view, children should be allowed to explore their environments.

Education should also reflect the child’s interests and backgrounds and that their social and cultural worlds are important. 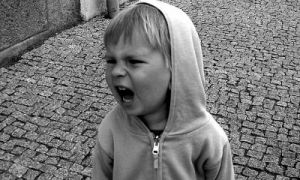 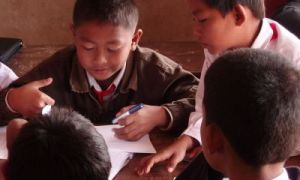 Attention deficit hyperactivity disorder (ADHD) is a psychiatric disorder of the neurodevelopmental type in which... 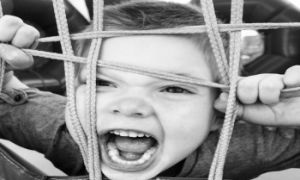 Challenging Behaviour is when a child does something that hurts themselves and/or other people.